EastEnders Spoilers: Linda Gets Mick To Open Up, Keanu And Louise Grow Close 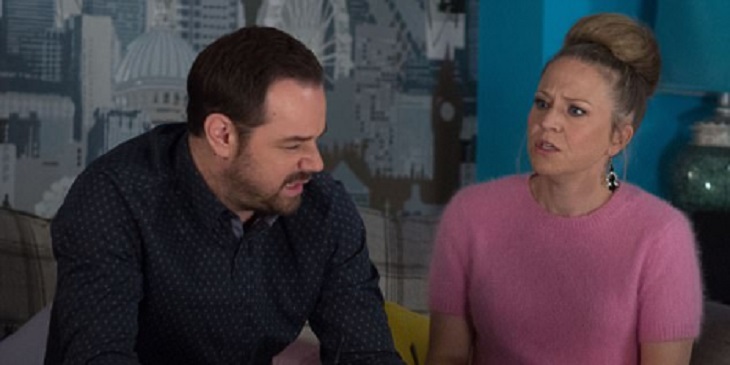 This week on EastEnders is going to be yet another one full of twists and turns for some of our favorite characters in Walford. As a matter of fact, new EastEnders spoilers indicate that Mick and Mitch are growing close, Linda is feeling increasingly frustrated and Louise and Keanu get up close and personal. Here’s what you need to know for the episodes beginning Monday, January 14th.

It all begins when Tiffany grovels to Evie and is giving quite a worrying task but Bernadette does her best to talk her close friend out of it. Meanwhile, Mick and Mitch plan a guy’s night out, but unfortunately it irks Linda and Karen. Later on in the week, fans can expect to see Mick backing out of helping Mitch, leaving him to bond with Keegan instead.

On Tuesday, January 15th, EastEnders spoilers indicate Rainie will hide her illness in the hope that Max will trust her with Abi. Still feeling pressured from Evie, Tiffany will make her move. Dot will also confront Stuart and demand that he leaves her house immediately.

Also, Linda will finally get Mick to open up and tell her exactly what happened to him while he was still behind bars. Needless to say, it won’t be easy for Mick to reveal everything, as his prison nightmares are still haunting him.

“People shouldn’t have kids if they can’t be bothered to look after them.”#EastEnders. Tonight. 8pm. pic.twitter.com/tecSNAZNm4

Elsewhere, EastEnders spoilers show that Keanu will brace himself for a driving lesson with Louise. After their driving lesson, Louise and Keanu will get rather up close and personal with each other.

Although he is left uncertain when he receives an interesting offer from Phil. Mitch will continue to sweet talk Karen into helping him while Rainie can’t get enough of Max’s attentiveness. Of course, fans will have to tune in to find out what else will happen!

EastEnders airs weeknights on the BBC. Check your local listings for times. Let us know your thoughts in our comments section below. And as always, don’t forget to check back with Soap Opera Spy for all the latest news and updates on your favorite British soaps right here.

Bold And The Beautiful: Jennifer Gareis Gets A New Job