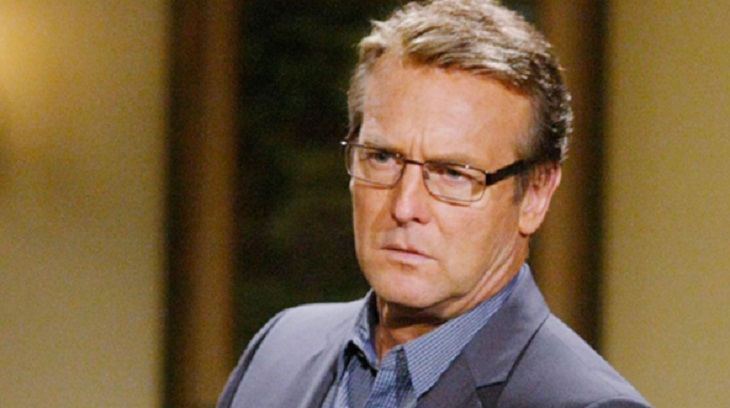 Doug Davidson’s (Paul) recently announced return to the cast was lauded by fans of ‘The Young and the Restless’. Now, it’s natural to wonder what impact Chief of Police Williams will have when he’s seen again in Genoa City at the end of this month. Well, a surprise arrest would certainly be dramatic.

Adding the Rosales’ was wise, as all actors, which also includes Sasha Calle (Lola) and Noemi Gonzalez (Mia) have demonstrated solid soap chops. Their alter egos are interesting and continue to be fully interwoven into GC society.

With whatever the decision, Young opted to write Davidson out of the story last fall. Doing so enabled the law and order spotlight to shine on Rey, who took full control of the J.T. (Thad Luckinbill) case.

As viewers know, Rey was just placed into an impossible position by his wife. After determining that she was responsible for Lola’s attack, a person who actually wasn’t Mia’s target, Rey was in the process of cuffing Mrs. Rosales when she claimed to be pregnant with his child.

Rey returned to ‘Ria’s’ modest apartment after taking a cold winter’s walk. He told Mia that he wouldn’t be turning her in and that their secret would be kept forever.

Y&R hasn’t addressed Paul’s disappearance. Buzz indicates that he’ll simply appear again at the end of March as though the Chief was never gone.

💥 A chilling confession and a shocking defense 💥 Don’t miss what’s coming up this week on #YR! pic.twitter.com/uPUmYXdZXu

Davidson, who is the second-longest tenured cast member (debuting in 1978), trailing only the equally great Kate Linder (Esther since the show’s debut in 1973), must be coming back for a compelling reason. Could it be that he’ll need to order Rey’s arrest?

Bold and the Beautiful Spoilers: Hope Bonds With Flo Over Baby Loss