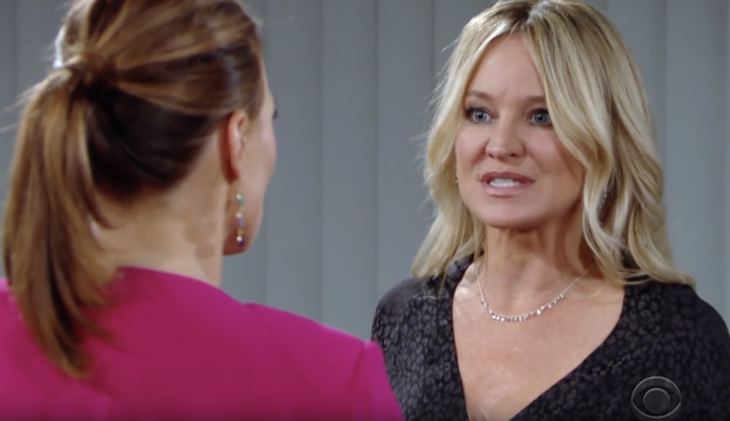 “The Young and the Restless” (YR) spoilers for the week of Monday, January 21, 2019, through Friday, January 25, 2019 tease that “New Year, even bigger drama with blowouts, breakdowns, and unbelievable moments.” We have a very exciting week heading our way and you will not want to miss a moment of the action!

In the newest CBS “Young and the Restless” promo video we see Cane Ashby (Daniel Goddard) and Billy Abbott (Jason Thompson) will come to blows. Cane will be furious after he learns that Billy paid Lily Ashby (Christel Khalil) a visit and spilled the beans about him and Victoria Newman (Amelia Heinle) kissing. Cane will vow to make Billy pay for opening his mouth. However, Lily will be very grateful that Billy came and told her what was going on. Do you Y&R fans think it was Billy’s place to go and tell Lily? Do you think Lily and Cane’s marriage will survive?

Young and the Restless Spoilers Rey and Mia Renew There Vows

Meanwhile, Rey Rosales (Jordi Vilasuso) and Mia Rosales (Noemi Gonzalez) will decide to renew their marriage vows. The two will want to give their marriage another go and will want to rekindle what they once had. Arturo Rosales (Jason Canela) will have some big plans of his own at their ceremony and will get down on one knee and propose to Abby Newman (Melissa Ordway). Do you think Abby will accept his proposal? Would you like to see them tie the knot?

Today on #YR, Billy makes a shocking discovery and Kyle gets Lola a present that's out of this world. WATCH FULL EPISODE: https://t.co/JTpS3CPUyv pic.twitter.com/4KrleDgBjx

For The Other Residents Of Genoa City …

Other “Young and Restless” spoilers suggest that Phyllis Summers (Gina Tognoni) will reveal a plan of attack and will want Sharon McAvoy (Sharon Case) to team up with her. Nikki Newman (Melody Thomas Scott) will lose patience. Victoria Newman and Cane Ashby will reach common ground. Billy Abbott will lean on Phyllis. Nick Newman (Joshua Morrow) will learn a secret about Sharon. Jack Abbott (Peter Bergman) will demand the truth from Kerry Johnson (Alice Hunter).

As you can see we have a very eventful week coming up, so make sure to stay tuned to CBS’s “The Young and the Restless” to see all the drama unfold. Don’t forget to check often with Soap Opera Spy for all your latest spoilers, news, updates, and much more!