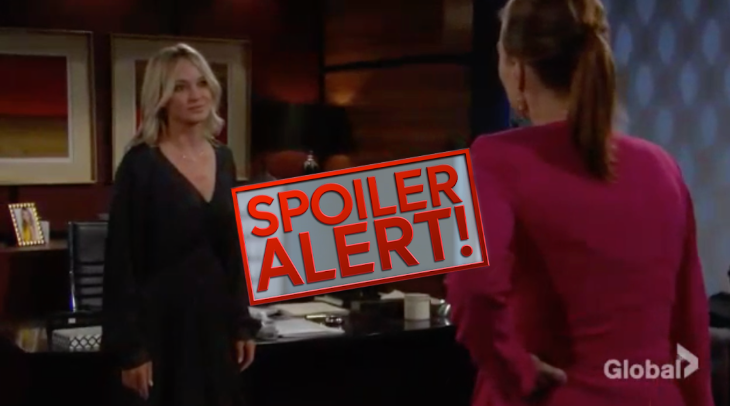 “Young and the Restless” spoilers for Monday, January 21, tease that Lily Ashby (Christel Khalil) will grow curious. In prison, she greets Billy Abbott (Jason Thompson) and quizzes him about the reason for his visit. Billy’s hesitant to come clean, but Lily insists she wants to know. He admits Cane Ashby (Daniel Goddard) and Victoria Newman (Amelia Heinle) were kissing – and it wasn’t the first time.

Lily reels over the news, so Billy worries he shouldn’t have told her. However, Lily feels like she deserved to be brought in the loop. She intends to do whatever she has to do to survive. Cane eventually makes it over to see Lily as well, but he’s turned away. He finds out Billy Abbott already visited Lily, so she’s maxed out for today.

At the coffeehouse, Mia Rosales (Noemi Gonzalez) stirs the pot as usual. She takes a jab at Arturo Rosales (Jason Canela) for buying Abby Newman (Melissa Ordway) flowers to dial down his guilt. Arturo insists nothing happened that night and Abby’s the one he wants a future with. Once Rey Rosales (Jordi Vilasuso) shows up, he has a nice bonding moment with Arturo. They’re glad to be acting like brothers again.

Next week on Y&R, Sharon and Phyllis have a chat about the Newmans, Mia confronts Arturo, Jack loses faith in Kerry, and Cane packs a punch! 👊 pic.twitter.com/NQvwAZR3lv

Mia eventually takes the opportunity to provoke Abby. She suggests that it was like old times when Arturo came by the apartment for repairs. Abby mentions Mia’s claims to Arturo later. She’s sick of Mia implying things, but Arturo assures Abby that they’re solid.

Nevertheless, Arturo still feels the need to confront Mia. She marches over to see her at home and threatens to tell Rey she’s coming onto him. Mia warns that if he does, Arturo could never fix things with Rey again. He starts to say something to Rey later, but Mia pipes up that they should renew their vows. Rey’s on board, so they settle on a vow renewal ceremony soon.

At Jabot, Sharon Newman (Sharon Case) waltzes in to see Phyllis Summers (Gina Tognoni). She realizes she was deceived about the reason for this meeting, but Phyllis had to get her over there. The topic of Victor Newman (Eric Braeden) comes up. Phyllis believes Victor is dangerous and will do anything to save Nikki Newman (Melody Thomas Scott) from prison – including framing them.

Billy is out for revenge today on #YR. pic.twitter.com/wKrhNliByB

Sharon nixes the idea that Nick Newman (Joshua Morrow) would let Victor do that. She doesn’t think there’s any chance Victor will pin J.T. Hellstrom’s (Thad Luckinbill) murder on them. Phyllis disagrees and maintains that Victor’s running the show. She suggests Nick can’t stop his father and wouldn’t let his mother go down anyway.

Phyllis wants to form a new alliance – just the two of them. Sharon doesn’t trust Victor, but Phyllis might be worse. She opts to hold off on a secret partnership. “The Young and the Restless” spoilers say Sharon could change her mind soon, so we’ll give you updates as other Y&R details and rumors emerge. Stay tuned to see what’s next in Genoa City.