Young And The Restless Spoilers: Will Nick And Phyllis Get Back Together? 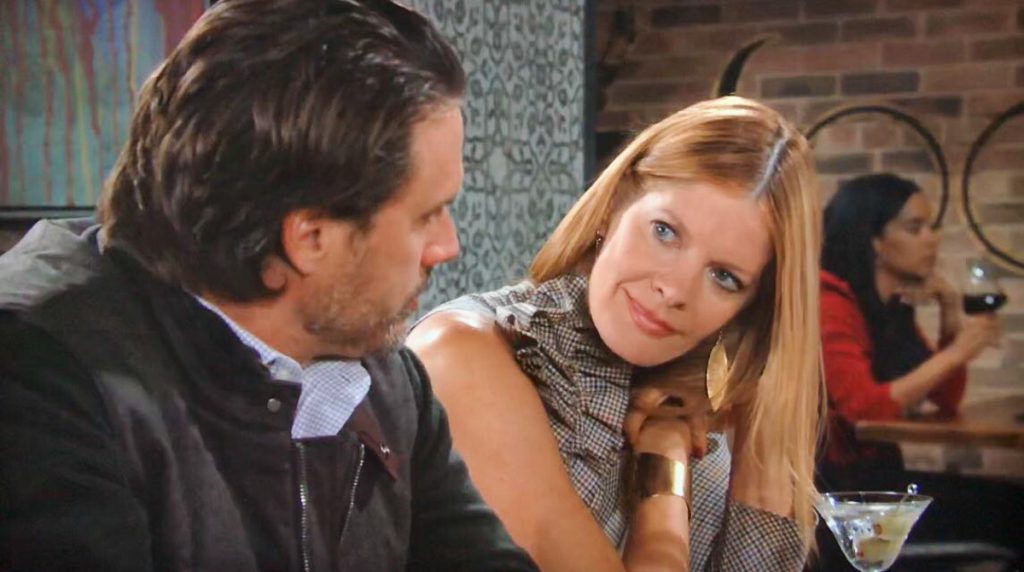 Even though Nick knows in his mind that his live-in girlfriend Chelsea Lawson (Melissa Claire Egan) is only staying at his brother, and her ex-husband, Adam Newman’s (Mark Grossman) house because their son Connor Newman (Judah Mackey) is traumatized and he feels safer with both of his parents with him, Nick is getting pretty lonely and vulnerable.

His ex-wife, Phyllis is honing in on that loneliness and vulnerability, and also is recognizing that his relationship with Chelsea might be falling apart. Phyllis recently got fired from The Grand Phoenix over accusations of Chelsea and being accused of sabotaging the hotel’s security system, which Phyllis was in charge of, by Abby Newman (Melissa Ordway) after Chance Chancellor (Donny Boaz) detected a change in the system software made overnight. Phyllis already teasingly came onto Nick in a recent episode, as Y & R viewers will recall.

As longtime Y & R viewers will recall, Phyllis and Nick have history with each other, and have a daughter together, Summer Newman (Hunter King). They were married to one another three times, and first became involved while Nick was married to Sharon Newman (Sharon Case), and divorced the last time when Phyllis’ past hit and run of Christine Williams (Lauralee Bell) came to light.

Summer’s paternity was in question, because she had been sleeping with both Nick and Jack Abbott (Peter Bergman) at the time when she was conceived. Phyllis and Nick married the first time in Texas, in a tavern, by a Justice of The Peace. Several months later, Summer Ann Newman was born in an elevator in Genoa City during an ice storm and delivered by Jack! Nick, Phyllis and Summer moved into the tack house on the Newman ranch and got married again in Genoa City in a church.

The Young and The Restless Spoilers: Were Simon Black and Chance Working With Adam To Win Chelsea Back? @celebratesoaps #YR #youngandRestless https://t.co/77Mgs38C7y

Phyllis was arrested in the middle of their wedding for a crime she’d committed, but managed to avoid imprisonment and return home. Summer becomes seriously ill and is admitted to the ICU, and the cops catch up with Phyllis at the hospital, and arrest her! Nick and Sharon start fooling around with each other again, and that and Phyllis’ crimes and Phyllis catching Nick and Sharon having sex in the barn causes a divorce, but two years later Nick and Phyllis remarry for the final time!

So now, seeing Nick lonely and vulnerable, Phyllis zooms in to try again with Nick, partly because of wanting to spite Chelsea, plus if she can get him to marry her again she can spite Abby by becoming her sister in law again! Then she can try to infiltrate Newman Enterprises as well, being a Newman again!