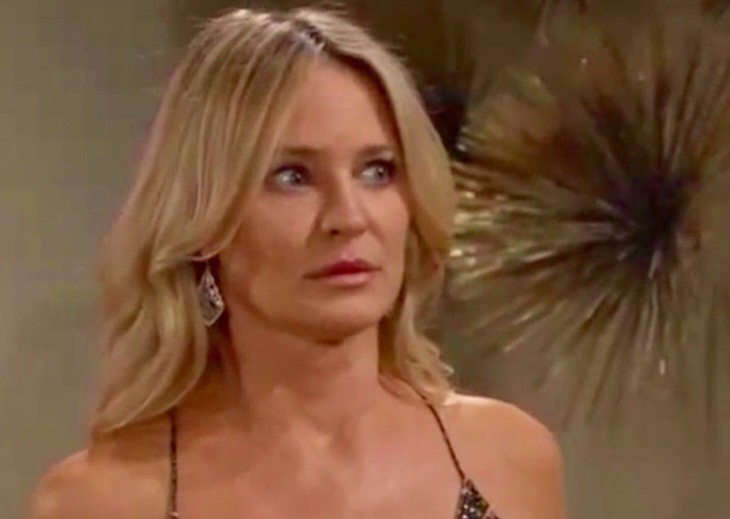 “Young and the Restless” spoilers for Wednesday, May 8, tease that Sharon Newman (Sharon Case) will wait while Adam Newman (Mark Grossman) lurks. In the park, Sharon texts Adam to say she’s there and hears his phone ding nearby. She heads over to some nearby bushes, but Adam’s already bolted.

At the hotel, Sharon fills Rey Rosales (Jordi Vilasuso) in on what happened. She also talks about Adam’s complex nature and how he saved lives, including hers. Sharon shares how she burned the Newman ranch down, but Adam came to her rescue. He even got her in therapy and that led to her bi-polar diagnosis.

Rey embraces Sharon over her past struggles before they shift gears to Nick Newman (Joshua Morrow). He’s worried Adam will get inside Sharon’s head again, but she promises that won’t happen. She’s done dealing with all the ups and downs that come with Adam.

After lovemaking, Sharon senses that something or someone might be in the hall. She checks in her robe, but nobody’s out there. When Rey wonders what’s up, Sharon nervously assures him it’s nothing. Back in Genoa City, Devon Hamilton (Bryton James) warns Cane Ashby (Daniel Goddard) not to overhaul his life for Lily Ashby’s (Christel Khalil) sake. He reminds Cane that Lily made her position clear.

Cane insists he’s making changes for himself. He’s been in touch with a nonprofit that gives prisoners a second chance and wants to do some good. Over with Traci Abbott (Beth Maitland), she writes about how Iris (Christel Khalil) suspects her husband’s cheating. Iris wants to hire Flynn (Daniel Goddard) as a private eye. Flynn contends that Iris still in love with him and plants a kiss, but he gets a slap in return.

Traci snaps out of it when she gets a call from Cane. They talk in person later and show each other support. Meanwhile, Devon Hamilton (Bryton James) gets a great idea after hearing Jett Slade (Gilbert Glenn Brown) sing with Tessa Porter (Cait Fairbanks) and Ana Hamilton (Loren Lott). He feels like they should have a tribute show for Neil Winters (Kristoff St. John) and dedicate the Society space to him.

Next, Elena Dawson (Brytni Sarpy) lets her guard down and shares her guilt over her mother’s passing. She feels responsible and insists she should’ve been there, but Devon believes Elena can and should let her guilt go. Afterward, Devon drifts off to sleep and awakens from a dream about Hilary Hamilton (Mishael Morgan). He still sees Hilary’s face when he looks at Elena, so he kisses her.

Elena is clearly taken aback, so Devon quickly apologizes. He pretends he’s not sure why he did it. At Crimson Lights, Mariah Copeland (Camryn Grimes) is rattled by another text from her stalker. He or she isn’t going away and knows how to find her. Tessa walks over and spooks Mariah a bit, which tips her off to Mariah’s uneasiness. She pries the truth out of Mariah and fumes over all the threats. 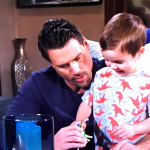 Tessa decides to text the stalker back and ask what’s made this person so upset. She suggests maybe they can work it out. Mariah wants to know about the second recording session attempt, so Tessa admits it went well. A little later, another text comes in. It’s not from the stalker, so Tessa thinks she might’ve scared him off. Mariah suggests that’s not what they want and notes Tessa will soon see why.

“The Young and the Restless” spoilers say some great scenes are coming up. We’ll give you updates as other Y&R news and rumors emerge. Stay tuned see what’s ahead in Genoa City.

Days Of Our Lives Spoilers and Recap Tuesday, May 7 – Holly Is Presumed Dead; John And Marlena Celebrate