Days Of Our Lives Spoilers and Recap Tuesday, May 7 – Holly Is Presumed Dead; John And Marlena Celebrate

By Sandra McIntyreLast updated May 7, 2019 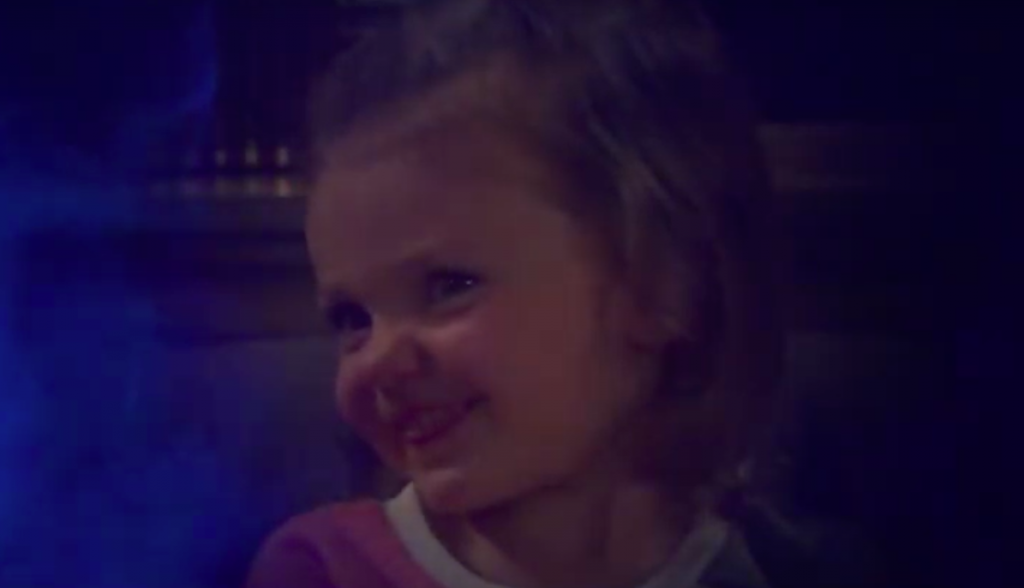 Days of Our Lives (DOOL) recap for Tuesday, May 7, 2019, reveals Hope Hernandez (Kristian Alfonso) tells Nicole Walker (Arianne Zucker) and Eric Brady (Greg Vaughan) there was an accident and possibly no survivors.

Hope, Nicole, and Eric meet Rafe Hernandez (Galen Gering) at the crash site, and Eric goes to the van. Nicole smells gas and tells Rafe. Rafe screams for Ted an Eric to get out of there right before the vehicle explodes. Nicole screams for Holly and tries to get to the van. Rafe helps Eric up, and the two of them help Ted. Eric holds Nicole back to stop her from going to the automobile.

Eric tells Nicole he couldn’t see anything, he thinks they escaped. Nicole says cries and says this is cruel; Holly Jonas (Harlow and Scarlett Mallory) can’t be gone. Eric shows Nicole the medal that brought her home and tells her she has to have faith. Two bodies are pulled from the van, one a child the other an adult.

Days Of Our Lives Coming And Goings: Thaao Penghlis And Leann Hunley To Return

Days of Our Lives Maggie Kiriakis (Suzanne Rogers) goes off on Sarah Horton (Linsey Godfrey) and Rex Brady (Kyle Lowder) over making wedding plans. Sarah sends Rex to the kitchen for sandwiches. Sarah asks Maggie if everything is ok with her and Victor Kiriakis (John Aniston).

Maggie tells Sarah that Victor hired Kate Roberts (Lauren Koslow) to come back to Titan. Maggie doesn’t believe that Victor loves her anymore. Maggie says Victor doesn’t care that she needs him. Maggie thinks Sarah has moved up the wedding because Nicole is back. Sarah thinks back to the kiss she shared with Eric when he admitted his feelings for her.

Congratulations @KylerPettis on your win for Outstanding Younger Actor in a Drama Series at the Daytime Emmys! Everyone at #DAYS is beyond proud.

Sarah tells Maggie she has forgiven Rex and they are fine now. Sarah wants Maggie to stop reminding her of Rex’s shortcomings. Maggie wonders if Rex knows how she felt about Eric. Maggie thinks Rex deserves the truth. Sarah believes they will be fine, Maggie disagrees. Rex comes in and asks if there is any news, Maggie says no. Rex comforts Sarah after Holly’s presumed death as Ted is informed that Holly is on the way to her new home.

Days Of Our Lives’ Kate and Victor meet at Doug’s Place. Kate defends Sarah to Victor. He tells Kate about Sarah’s tryst with Xander Cook (Paul Telfer). Kate tries to come up with a way to get rid of Sarah. Victor tells Kate that Rex and Sarah will implode without her help.

Victor blames Kate for their son leaving town and admits that he is the reason she has her job back. Victor wants to destroy Dimera Enterprises; Kate praises his goal. Kate promises Victor to work things out with their son. Kate kisses Victor on the cheek. Maggie walks in and informs him Holly is dead.

Days of Our Lives John Black (Drake Hogestyn) sets up a six-month anniversary celebration for himself and Marlena Evans (Deidre Hall). John asks Marlena for an update on Will Horton (Chandler Massey). John has made chocolate mousse for Marlena since Hattie Adams (Deidre Hall) tried to poison them with strawberries. Marlena tells John about Eric and Sarah’s feelings for each other.

Marlena says Eric and Sarah went to tell Rex and Nicole was there. Marlena says Sarah has decided to marry Rex because she can’t have Eric. Marlena reminds John how she tried to make things work with Roman Brady (Josh Taylor) when he returned and how many people got hurt by it. Marlena also believes Kristen Dimera (Stacy Haiduk) is alive and coming back to terrorize them. John tells Marlena that love beats hate every time.

As always, more detailed spoilers and a full collection of pictures for the week in question will appear here on Soap Opera Spy, when there could be more clues and hints over exactly what’s going on.
Days of Our Lives airs weekdays on the NBC network.