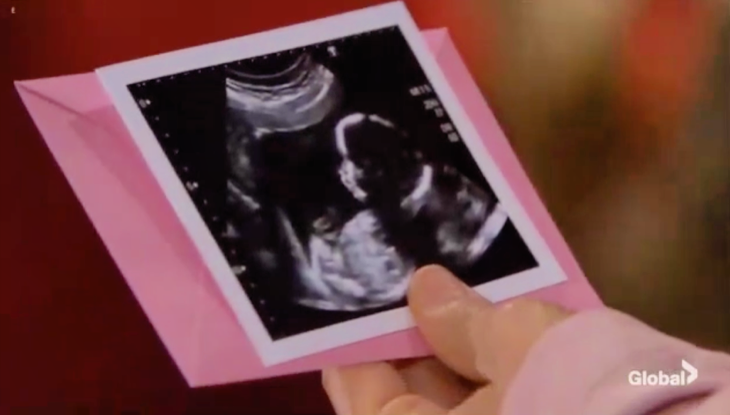 “Young and the Restless” spoilers for Thursday, April 4, tease that Nick Newman (Joshua Morrow) will get a big surprise. At Sharon Newman’s (Sharon Case) place, Rey Rosales (Jordi Vilasuso) is still around after spending the night there. He answers the door while Sharon’s busy, so Nick is taken aback.

When Sharon returns, she acknowledges the obvious and confirms that she’s dating Rey. Nick just wants to pitch a position to her, so Rey takes off. Sharon isn’t sure when Nick suggests she be his new head of PR. He wants her to take Abby Newman’s (Melissa Ordway) place and insists she can be in charge of all Dark Horse’s charity work, too.

At Rey’s apartment, he calls Mia’s OB-GYN’s office and gets nowhere. They won’t release any info, but Sharon arrives soon after anyway. She admits she rejected Nick’s job offer. Talk turns to Rey losing his detective spot, but Sharon remains optimistic about the future.

When Sharon lets Rey know he can tell her anything, he stares at Mia Rosales’ (Noemi Gonzalez) picture. Sharon eventually heads home and discovers an ultrasound photo. Mia left in an envelope for Rey, but Sharon’s the one who gets the first glimpse at the Rosales baby!

In the prison visiting area, Lily Ashby (Christel Khalil) shuts down Cane Ashby’s (Daniel Goddard) attempts to reconcile. They agree that they love each other, but Lily wants fresh starts for both of them. She explains that she’s being released early and intends to go live the simple life somewhere.

A crushed Cane ends up lashing out at Billy Abbott (Jason Thompson) later. Traci Abbott (Beth Maitland) has to intervene when Cane has too much to drink at the athletic club. He blames Billy for his failed married, but Traci takes him home and sobers him up with coffee. She offers to lend a sympathetic ear and encourages Cane to tell her the whole story.

Billy also convinces Rebekah Barlow (Jennifer Taylor) to sign a new consulting contract. She later bumps into Nick at Crimson Lights. They reflect on how Phyllis Summers (Gina Tognoni) used Nick as part of her plan to lock in a deal. Since Nick is single now, Rebekah agrees to go have a drink with him.

Back with Billy, he tries to get in touch with Victoria Newman (Amelia Heinle) at her hotel in Las Vegas. Unfortunately, the front desk informs him there’s no one there by that name. At the Abbott mansion, Kyle Abbott (Michael Mealor) get a helping hand from Summer Abbott (Hunter King). Dina Mergeron (Marla Adams) is confused, so she believes they’re Jack and Ashley.

Summer and Kyle go along with it, but there’s still the matter of the furniture Dina doesn’t like. She feels like someone changed it without her knowledge, but Summer points out that change can be a good thing. Afterward, Kyle’s appreciative of how great Summer was with Dina. Summer notes that she’s part of the family now, so she was pleased to do whatever she could.

However, Summer brings up Lola Rosales (Sasha Calle) and the picture Kyle still has in his phone. He apologizes if he hurt Summer’s feelings and deletes Lola’s contact info. A grateful Summer embraces her husband, but Kyle still seems torn.

Finally, Jack Abbott (Peter Bergman) receives a special delivery from Ashley Abbott (Eileen Davidson). It’s a gift basket that features the Jack of Hearts perfume. The card also has a warning for Jack, who intends to go to war with Ashley. She indicates that he’ll soon be known as the man who buried Jabot!

“The Young and the Restless” spoilers say another hot episode’s coming up. We’ll give you updates as other Y&R news and rumors emerge. Stay tuned to see what’s next in Genoa City.