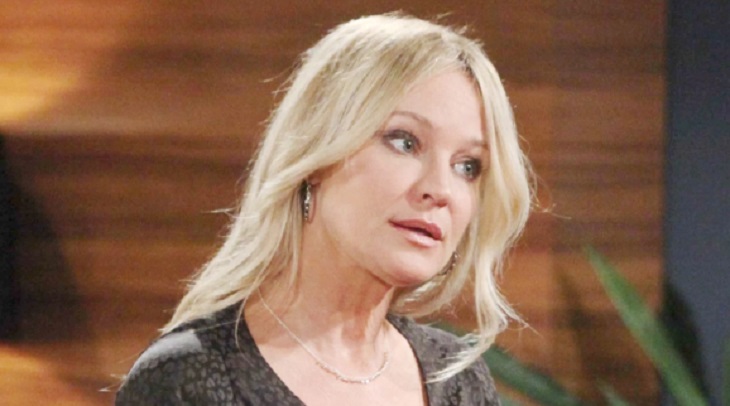 The Young and the Restless spoilers indicate that things are about to heat up in more ways than one as Sharon NEwman [Sharon Case] finds new evidence against Victor Newman [Eric Braeden]. As a matter of fact, she gets an email with a tip that is most definitely going to change everyone’s lives, and especially for the Newman family. Here’s what you need to know.

The Young and the Restless spoilers tease that Sharon gets quite an interesting email at work that starts off with: Proof Victor Newman is a Murderer. Sharon opens the email to find an audio clip that contains a conversation between Victor and Josh.

Sharon can hear the two men talking about how they needed to get rid of a murder weapon. What’s more, Victor says that he cannot be convicted of murder without a body.

Needless to say, Sharon is shocked. But at the same time, she’s put in quite a difficult situation as she cannot tamper with the evidence, otherwise she will loses her job. This is when she decides to go to Nick Newman [Joshua Morrow] and tell him about the audio clip, which leaves him equally as stunned as well.

Of course, there are more questions to be asked as Nick realizes that things are getting more and more dangerous. He’s going to have to figure out what step to take next.

Young And The Restless Spoilers – Is Sharon Loyal To The Newman’s?

It will also be interesting to see how Victor will react once he finds out that there’s an audio clip of him making the rounds. It’s without a doubt that fans will simply have to tune in to find out what will happen next! The Young and the Restless airs weekdays on the CBS network. Check your local listings for times.

In the meantime, let us know your thoughts in our comments section below. And as always, don’t forget to check back with Soap Opera Spy for all the latest news, updates and spoilers on The Young and the Restless and all of your favorite daytime television shows right here.