Young and the Restless Spoilers: Sharon Is Being Watched, Who Is After Her? 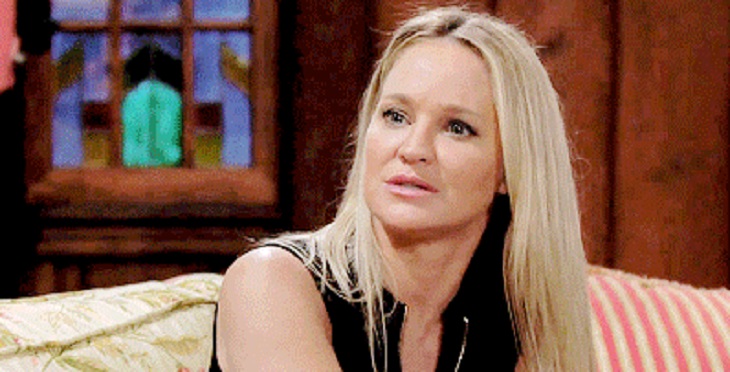 The Young and the Restless (Y&R) spoilers tease that Sharon Newman (Sharon Case) will feel as if someone is watching her during the week of January 7. According to Y&R spoilers, Sharon will wonder who could be watching her and, most importantly, why they would want too.

Who Could Be Watching Sharon?

The viewers will see the return of the black glove as a hint that someone is watching Sharon. At first, she will think it is all in her head. However, something will happen that makes it obvious that she isn’t crazy, she has a stalker.

CBS Nielsen Contract Expires – What Does This Mean for ‘B&B’ and ‘Y&R’?

Many fans have weighed in and wondered if it could be Dylan or Adam. Both of those characters are not on the canvas right now. It seems unlikely it would be either of them, but you never know. It would definitely be a welcomed surprise.

Young And The Restless Spoilers – Could It Be Rey?

The most obvious choice is Rey (Jordi Vilasuso). He has been investigating the Newman family and he may suspect that Sharon has a small role in JT’s (Thad Luckinbill) murder. He may decide to watch her from a distance. Sure, it’s kind of creepy, but it could give him an insight if she is guilty.

‘Young and the Restless’ (YR) Poll: Will Victoria Choose Cane, or Billy – Vane or Villy in 2019? https://t.co/A1stbiTH8g pic.twitter.com/bCyQFuVL8S

Y&R fans, who do you think is watching Sharon? Could it be Rey? Don’t forget to come back later for more Young and the Restless (Y&R) spoilers, news, and casting updates!

Days of Our Lives Spoilers: Eve Determined to Marry Jack, It Has Nothing To Do With Love