CBS Nielsen Contract Expires – What Does This Mean for ‘B&B’ and ‘Y&R’?

After six months of tense negotiations, CBS and Nielsen have failed to reach an agreement which has put the media buyers in a jam. According to Soap Opera Network, losing the deal with Nielsen means the network is not able to track current or historical data from the rating service which gives CBS the performance numbers for such shows as Young and the Restless, Bold and the Beautiful, and primetime reality TV shows.

How It Affects The Network?

The lack of contract hurts the network in a big way. Without any way to check the performance ratings, they are not able to figure out how much to charge advertisers. The advertisers are able to check how well the show is performing, CBS just will not able to access it. It will put the power into the advertiser’s hands, resulting in CBS possibly losing a lot of cash. 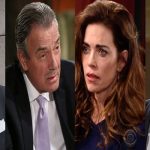 The most recent deal between Nielsen and CBS was for $100 million per year. CBS just wants to make sure they are getting their money’s worth, especially when it comes to DVR watchers and those who view on demand the next day. They believe every viewer should count. CBS is pushing for a C7 basic, which means commercials plus 7 days of viewing, as a way to track the audience. Currently, the standard is C3, which is commercials plus three days of viewing.

Even though Nielsen is a great resource, CBS knows they can find out the rating information somewhere else. The network is considering their options while keeping the negotiations open with Nielsen. The Nielsen spokesperson said that while CBS is dragging their feet to sign a new deal, it could cost them over $300 million in lost ad revenue. CBS disagrees and they believe a new contract on their terms would save the company over $120 million over the next year.

Based on Nielsen’s measurements, CBS is America’s most watched network and has been for ten years straight. The network has been number one in Daytime for 32 consecutive years. Regardless what happens, CBS says B&B and Y&R will continue to air without interruption. Don’t forget to come back for more soap opera news and updates!

General Hospital Spoilers: Ava Freaks Out, Trouble Ahead For Margaux