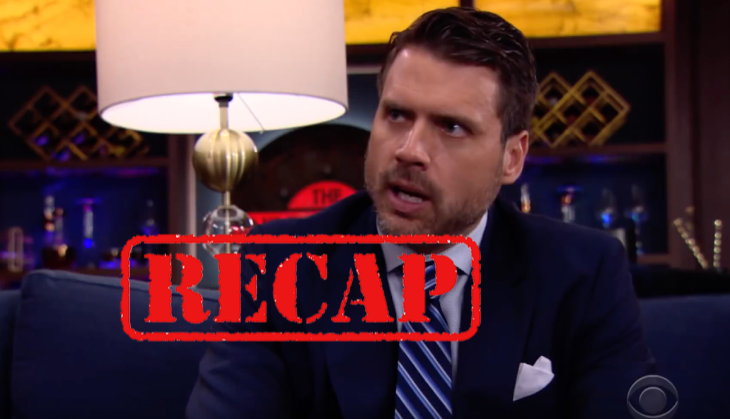 “Young and the Restless” (YR) recap for Tuesday, February 5, 2019, reveals that over at Jabot, Phyllis Summers (Gina Tognoni) talks to Kyle Abbott (Michael Mealor) by phone, and tells him letting him fill in for the model was the worst decision she ever made…because people will be trying to poach him. She disconnects as Summer Newman (Hunter King) comes in.

When she mentions having no friends, Phyllis asks about Kyle. Summer explains why things are awkward between them. By the time she realized there could be something real between them, he’d found Lola. Phyllis learns she went out with Fenmore Baldwin (Zach Tinder) the other night, then offers her own company. Summer feels guilty about ruining things with her and Billy Abbott (Jason Thompson) and asks about forgiveness.

Phyllis doesn’t like what she did, but her love is unbreakable. Summer asks if she’s over Billy. Phyllis replies that things worked out for the best and they’re working together. Summer muses Billy would never forgive her for cheating with Nick Newman (Joshua Morrow). Phyllis changes the topic to a movie night and they hug.

At Crimson Lights, Mariah Copeland (Camryn Grimes) joins Kyle Abbott and reveals Tessa Porter (Cait Fairbanks) has an interview at Lola Rosales’ (Sasha Calle) restaurant. He feels she’s a shoo-in. Mariah hopes so. Talk turns to Lola’s hard work and Kyle admits he feels he’s competing with her love for cooking. Mariah urges him to make the time they do have more special. Mariah gives Kyle advice Kyle complains they’re not connecting as they used to.

Mariah thinks it’s coincidental he’s feeling that way when Summer Newman returns. Kyle denies it, and fills her in on Summer making out with Fenmore Baldwin. Mariah asks if he ignored her, texts encouragement to Tessa, then re-addresses Kyle. He assures her there will never be anything between him and Summer. Mariah says he watches Summer, and Lola must notice. She worries he’s told Summer that Lola’s a virgin. He hasn’t, and admits he misses the physical aspect of a relationship, but is fine without sex. Mariah apologizes for insinuating he has sex on the brain, but he was close with Summer, who will use that against him. She warns him not to try being friends with Summer, and to focus on Lola.

Next week on #YR, Summer talks to Kyle about Lola, Abby and Mia try to bond, Sharon discovers a shocking email, and Nikki declares that she has an announcement. pic.twitter.com/0ZcHAEQeGX

Michael Baldwin (Christian LeBlanc) arrives at Nick Newman’s place to see the evidence that Victor Newman (Eric Braeden) has been framed. He updates him on Katie disappearing behind the walls and her ‘friend’. He thinks the intruder is J.T. Hellstrom (Thad Luckinbill). Michael examines the surveillance equipment and Nick asks him to have it checked for fingerprints.

They speculate about J.T. faking his death. Nick says getting the charges dropped is no longer enough and whoever’s behind this has been watching the family and need to be stopped. Later, Phyllis Summers arrives. She worries if J.T.’s alive he’ll be bent on revenge. Nick takes a call from Michael, who was unable to get DNA from the equipment. Nick frets about how to prove this person exists and vows to find out who it is and says when he does, they’re going down.

At the Athletic Club, Abby Newman (Melissa Ordway) joins Lola Rosales and goes over what they’re looking for in wait staff and what they will wear. They’re on the same page. Tessa Porter arrives, admires the uniforms, then impresses them by explaining how honored she’d be to help make Lola’s dream come true. Abby asks why she stopped working at Crimson Lights.

Back over at Crimson Lights, Tessa Porter joins Mariah Copeland at the and reports the interview went well until Abby Newman asked why she left her job there. She figures she won’t get the job if they call Sharon McAvoy (Sharon Case). Mariah has to go. On the patio, Summer Newman finds Kyle Abbott and nabs his laptop to see his modeling photos. Summer brings up Lola Rosales, and Kyle advises his relationship with her comes first. Summer’s irked at him keeping her at arm’s length and brings up Fenmore Baldwin. Summer ogles his shirtless photo, then grabs his phone and sees no recent texts from Lola and she assumes they fought about her.

Back over at the Athletic Club, Mariah Copeland joins Abby Newman and Lola Rosales and gives Tessa Porter a stellar reference explaining Sharon McAvoy’s over-protectiveness where she’s concerned. Abby relays they like Tessa and will hire her. Mariah exits and Lola admires Abby’s engagement ring. Abby offers to drop hints to Kyle Abbott, but Lola muses they’re in a holding pattern until the restaurant opens…and mentions Summer Newman’s back. Abby advises if Summer wants something, she’s relentless. Lola complains she’s in every conversation. Abby likens her to Mia Rosales. She thinks it’s time to put out their fire.

Back at Crimson Lights, Mariah Copeland tells Tessa Porter she’s hired for Lola Rosales’ restaurant and she’s thrilled. They kiss. On the patio, Kyle Abbott explains to Summer Newman that Lola’s been busy. Summer senses he’s wound up about something and when he’s ready to share, he knows where to find her.