Young and The Restless Spoilers: Phyllis Goes Too Far – Newman’s Turn Against Her 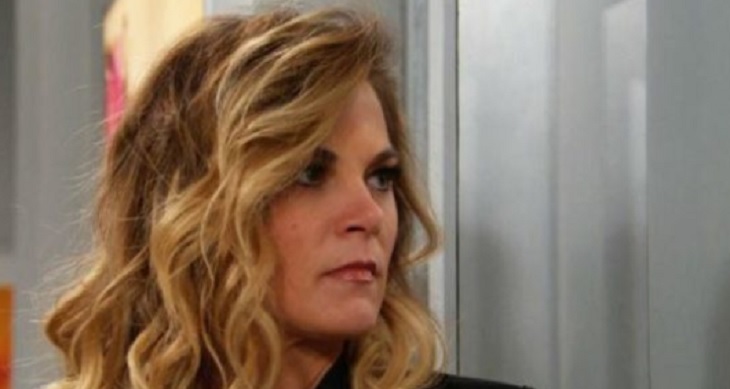 This shouldn’t really surprise anyone. The Young and the Restless spoilers indicate that Phyllis will be taking things one step too far, while Victoria and Nikki reach a roadblock. Nick, meanwhile, is trying to keep the peace. Here’s what you need to know.

According to CBS Soaps in Depth, things are going to heat up in Genoa City beginning the week of Monday, January 7th. It all begins with Devon regretting that he’s let his guard down for too long. Clearly, he didn’t realize that things would end up the way they have. Cane will also get a very interesting letter from his imprisoned wife.

Young And The Restless Spoilers – Victor And Nikki’s Compromise

Elsewhere, Victor and Nikki have the kind of heart-to-heart that they haven’t had in a very long time. They realize that in order to make things work between them, they need to compromise.

During the Tuesday, January 8th episode, Phyllis will be taking matters into her own hands, but will she be going too far? That’s what fans want to know. After all, if there is one person who knows how to push Victoria’s buttons, it’s her.

Young And The Restless Spoilers – Phyllis In Hot Water

Nick will do what he can do keep the peace, but even when his charm, that will be hard to do. By Friday, January 11th, Phyllis realizes that she could be in very hot water, especially if she continues to cross the line.

Of course, fans will have to tune in to find out what will happen next! The Young and the Restless airs weekdays on the CBS network. Check your local listings for times. In the meantime, drop us a line with your thoughts in our comments section below.

General Hospital Spoilers: Is There Any Hope For Oscar?