Young and the Restless Spoilers: Phyllis Convinces Adam She’s On Board – But Will She Stab Him In The Back? 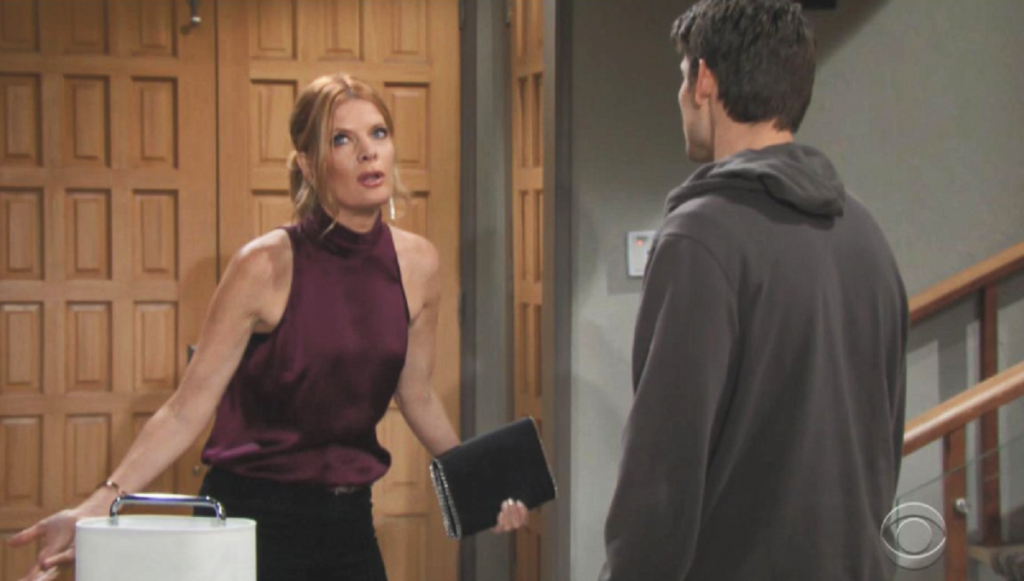 The Young and the Restless spoilers tease that Phyllis Summers (Michelle Stafford) appears to have Adam Newman (Mark Grossman) convinced that she’s his ally. It makes sense because Adam knows Phyllis despises Victor Newman (Eric Braeden), possibly even more than he does.

While Phyllis’ resentment of Victor is real, her overall motivation remains clouded. She was very open, until recently, about not being tied to Adam. But the end of Dark Horse didn’t result in a severing of ties between her and Victor’s ever-troubled son.

Y&R fans, along with those she told in Genoa City, Wisconsin, remain suspicious of Phyllis’ motives. Adam’s detractors, which are voluminous, aren’t opposed to whatever Stafford’s character may be planning. In fact, they’re hopeful that she is ready to rake him. 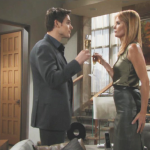 Young And The Restless Spoilers – Phyllis Summers’ Authenticity In Question

As much as anything, soap fans want believability. Sure, they’re invested in escapist fantasy storylines. But they have to be logical, with some means to an intriguing end.

Phyllis’ authenticity would be in question if she’s decided in recent weeks to throw in with Adam. Why, exactly, would she do that? There would be no need to aid Adam’s anti-Newman cause since Phyllis has no beef with Nick Newman (Joshua Morrow).

He was truly grateful for her orchestration of the Dark Horse property sale, which returned many Newman Enterprises properties that he’d basically stolen from Victor since last year. Stafford’s alter ego regained Nick’s trust, which matters to her. So, she wouldn’t go after him, even if by proxy, meaning Adam.

Young And The Restless Spoilers -Adam Newman Can Also Be Fragile

While he fronts an omniscient demeanor, Adam can be as fragile as the next character. Phyllis does actually loathe Chelsea Newman (Melissa Claire Egan) and Abby Newman (Melissa Ordway) because of The Grand Phoenix rug-pull. She despises Sharon Newman (Sharon Case) due to ancient Y&R history, mostly involving Nick. And, her original thorn, Christine Williams (Lauralee Bell) is still someone that Phyllis finds prickly.

Adam is actually loved by Chelsea and Sharon. He told Abby that she hasn’t messed with him. So she’s not on his hit list and Christine isn’t either, especially since she’s no longer GC’s District Attorney.

The flux of Adam’s personal connections is consistent with his Michael Muhney (Adam) era persona. Y&R’s write-back to that time period is purposeful, as this character has reclaimed the main villain title.

If, and if is the key word, Phyllis is pursuing her entirely own agenda, then she’ll need to be micro exact in the execution of every millimeter of her plan. Adam may be off-center without a woman to love him at this point in his life, but he no longer thinks he’s ‘Spider’. So, he’d seem likely to catch on before it’s too late.

However, it’s possible that Adam’s need for this particular partner in crime is real enough that he’s put himself at a disadvantage. Phyllis’ hacking skills and her similar ostracized experience with the locals makes her look like the ideal candidate to use and then discard. But Stafford’s legacy character is no dupe and just might prove to be Adam’s his emerging and greatest enemy. Yes, even greater than Victor.