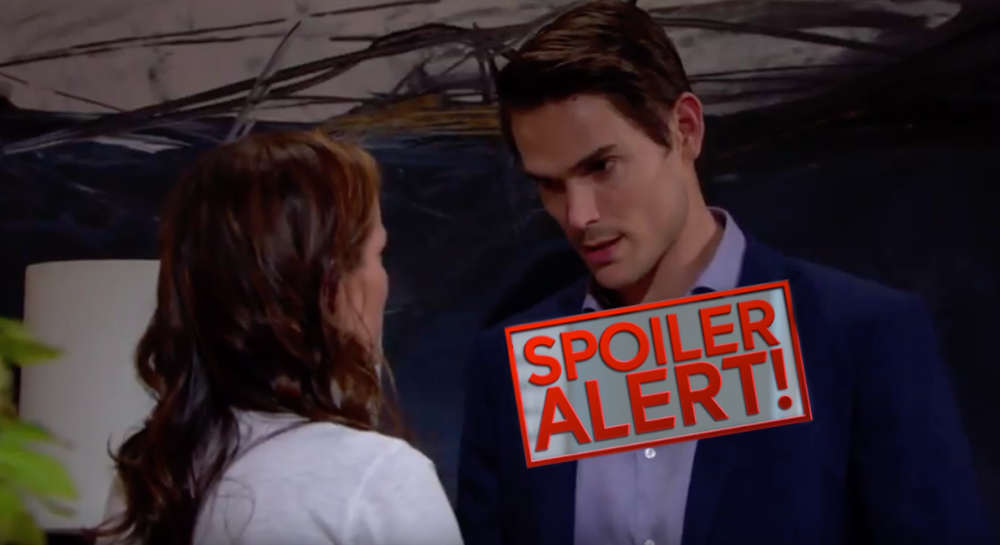 The Young and the Restless spoilers for Monday, July 8, tease that Paul Williams (Doug Davidson) will question Chelsea Newman (Melissa Claire Egan) about what happened leading up to Calvin Boudreau’s (John Burke) death. Chelsea will explain that they went to sleep, and when she woke up Calvin was dead.

Nick Newman (Joshua Morrow) will offer Chelsea a place to stay, with Adam Newman (Mark Grossman) waiting in the background. After Nick and Chelsea leave, Phyllis Summers (Michelle Stafford) will appear and tell Adam not to follow them and to give Chelsea some breathing room.

Next on Y&R, at Devon Hamilton’s (Bryton James) penthouse, Ana Hamilton (Loren Lott) and Nate Hastings (Sean Dominic) will talk. Nate will advise Ana to give the new mentor relationship a try and to make herself time for a social life.

Meanwhile, at Crimson Lights, Summer Newman (Hunter King) will tell Theo Vanderway (Tyler Johnson) that she saw him with Ana last night, and Theo will relay that he’s now working with Ana. Ana will show up to meet with Theo, and the two will promptly have a disagreement over work.

Later, Summer will appear and she and Theo will reconcile as Theo tells Summer that he thought about her the whole time he was in Austin and he’s never met anyone like her. He’ll propose helping her build her brand as an influencer.

Next on Y&R, at Nick’s house, Chelsea will reel from Calvin’s sudden death. Nick will share that the same thing happened with Neil Winters (Kristoff St. John), which will be news to Chelsea. Adam will arrive to talk to Chelsea, but Nick won’t like the idea. Chelsea will want to talk to Adam, so Nick will go upstairs.

Adam will then tell Chelsea that there are no more roadblocks and they can finally get back on track, which will offend Chelsea. Adam will go on about wanting Chelsea back, but Chelsea will tell him that she’s not the same person she used to be. She’ll also divulge that she knows about Adam’s conversation with Calvin about Connor Newman (Gunner and Ryder Gadbois).

Adam and Chelsea will argue until Nick reappears. After Adam leaves, Chelsea will update Nick about Adam’s conversation with Calvin about Connor and she’ll worry that Adam now has a bigger legal claim on Connor. She’ll decide to tell Connor about Adam, and Nick will offer to go with her. Nick will go off to make food, but when he returns, he’ll find Chelsea fast asleep.

Next, on Y&R, Phyllis will encounter Paul in Chancellor Park. She’ll tell him that Chelsea is the person who knocked Sharon Newman (Sharon Case) unconscious at Crimson Lights. Paul won’t buy it, and he’ll question Phyllis about her recent trip to Las Vegas.

Phyllis will round out the conversation by bringing the focus back to Chelsea, and she’ll suggest that Chelsea may have had something to do with her husband’s death, but Paul will say there were no signs of foul play.

Next, on YR, Adam will return to Dark Horse to find Phyllis there. Adam will gripe that Nick is using Calvin’s death to get Chelsea back, and Phyllis will rub it in about how quickly Chelsea sought out Nick. Adam will insist that he, Chelsea, and Connor are going to be a family, and he doesn’t care who he has to destroy to make that happen.

Young and the Restless Spoilers: Chelsea And Nick Get Closer – Adam Brushed Aside https://t.co/zbLI0zA9TH pic.twitter.com/FxDMxBz14D

Finally, on Monday’s new episode of Y&R, Summer and Theo will return to his hotel room kissing and laughing. They’ll rip each other’s clothes off and fall onto the bed before rolling off the other side.

Be sure to tune in on Monday to catch up on everything happening on Y&R right now.