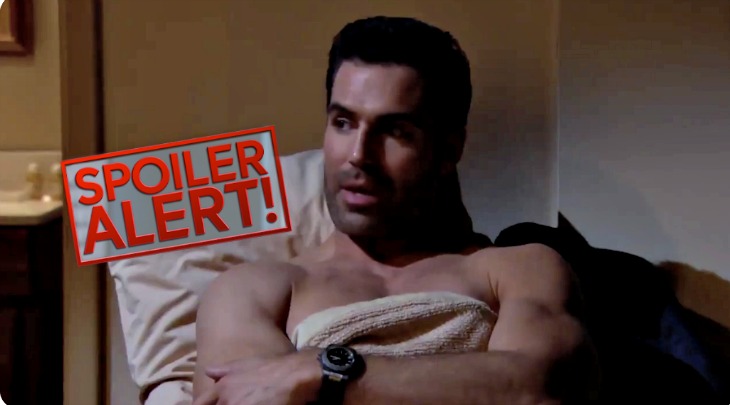 “Young and the Restless” spoilers for Monday, January 7, tease that Arturo Rosales (Jason Canela) will catch Mia Rosales (Noemi Gonzalez) off guard. At the apartment, Mia’s fresh out of the shower when she spots Arturo. She’s irritated that he just waltzed right in, but Arturo notes that Sharon Rosales (Sharon Case) gave him a key so he could repair the furnace.

Arturo bickers with Mia a bit before they discuss their romances. He’s content with Abby Newman (Melissa Ordway) and their drama-free relationship, but Mia suggests it sounds boring. The conversation shifts to when Arturo and Mia were together. They had lots of fights and enjoyed making up afterward. Arturo mentions that he’s matured since then and Mia appreciates his friendship now.

Once the furnace is fixed, Mia expresses her gratitude and pulls Arturo in for a hug. Meanwhile, Mariah Copeland (Camryn Grimes) offers a warning to Sharon. She feels like it’s a mistake for Sharon to suggest the possibility that Victor Newman (Eric Braeden) is innocent. Mariah doesn’t want Sharon pushing the idea to Rey and drawing suspicion.

Unfortunately, Sharon doesn’t listen and ends up doing just that. At the station, she hints to Rey that he may not have the right man. Rey thinks Sharon isn’t too keen on solving this murder, but Mariah appears and shuts down that idea. When Rey steps out, Mariah scolds her mom and warns her again. Sharon maintains that she knows what she’s doing and can deal with Rey.

Later, Sharon brings up her stance earlier and contends that she’s concerned about Nikki Newman (Melody Thomas Scott). She frets about Rey as well since Victor could hold this against him. Rey doesn’t seem worried about that and points out that he wouldn’t send an innocent man to prison.

Y&R Reed Catches Billy and Victoria In A kiss

Over with Reed Hellstrom (Tristan Lake Leabu), he’s surprised to find Victoria (Amelia Heinle) and Billy Abbott (Jason Thompson) sharing a kiss. They explain that they haven’t officially reunited. Billy and Victoria are just going slow and trying to figure out where this could lead. Talk turns to school, but Reed doesn’t want to go back when the murder mayhem’s going on.

Victoria encourages Reed to have some faith in Grandpa Victor. The teen mentions how he never got to say goodbye to his dad. Reed thinks they should hold a memorial service for J.T. Hellstrom (Thad Luckinbill), so Victoria gives her approval and they settle on having it in her living room.

Y&R Nikki Tells Victor She Fell Off The Wagon

In the GCPD visiting area, Nikki greets Victor with a warm embrace. He’s not happy she left the hospital, but she has to spill everything. Nikki confesses that she was drinking at the time of the hit-and-run. She feels responsible for this nightmare – especially since she knows who killed J.T. Nikki tries to admit the truth, but Victor doesn’t want to hear it. He insists Nikki should never speak those words again.

Young and the Restless Spoilers: Sharon Is Being Watched, Who Is After Her?

Victor makes it clear that he’ll clean up the mess when he goes free. He doesn’t want Nikki to worry about anything. Can Victor come through for Nikki in the end? “The Young and the Restless” spoilers say more chaos is ahead, so we’ll give you updates as other Y&R news and rumors emerge. Stay tuned to see what’s next in Genoa City.