Young And The Restless Spoilers: Cane Steps Down From Chancellor Industries – Paving The Way For Jill’s Return 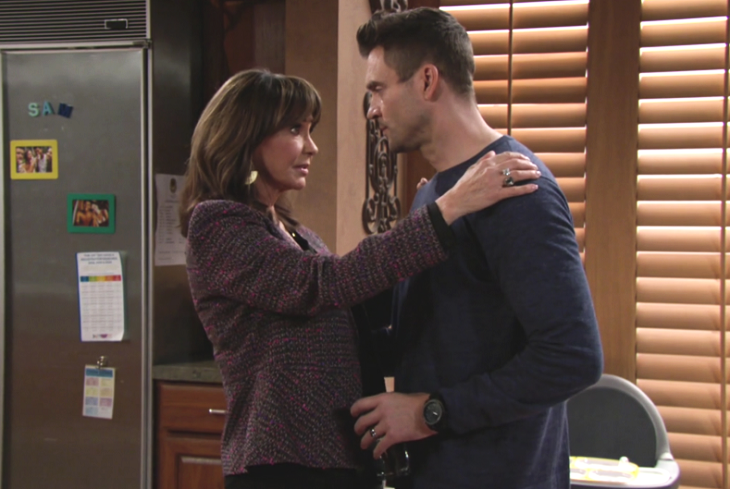 The Young and the Restless (Y&R) spoilers tease that Cane Ashby (Daniel Goddard) will make a surprising decision. After fighting to control Chancellor Industries several years ago, he decides to step down and focus on his children and family.

This move will pave the way for Jill Abbott’s (Jess Walton) return to Genoa City to possibly run the company. At least, that’s what many people assume could happen in the coming weeks on Y&R.

One thing is for sure, Cane is having a tough week. Lily Winters (Christel Khalil) decided to file for divorce leaving him heartbroken. He wants to do whatever he needs to fix his marriage.

After taking to Traci Abbott (Beth Maitland), he discovered that the reason he is having a tough time is he never works on himself. And, he needs to do that if his marriage has any hope of surviving.

In a strange turn of events, he decides to quit his job and focus solely on his children and wife Lily, who has just been released from prison.

Lily told Cane last week that she cannot repair their marriage anymore. As much as she loves him, it’s too much to keep fixing it. She told him that they need to go their separate ways.

Young And The Restless Spoilers – Will Jill Abbott Return To Genoa City?

In a move that many Y&R fans are very upset with, Lily told Cane that she isn’t Sam’s mother. She pointed out Sam is a product of one of Cane’s affairs. Many viewers think this move is unfair as Lily agreed to mother Sam as her own child.

Another big question is if Cane steps down, does that mean Jill will come back to Genoa City? She will need to, at the very least, find someone to run her company. And, with Cane’s marriage in shambles, she will want to pop in to check on her former step-son.

The spoilers said that in 2019, Walton would get a big storyline, so this could be it. We’ll have to keep watching to find out what’s ahead for Cane, Lily, and Jill.