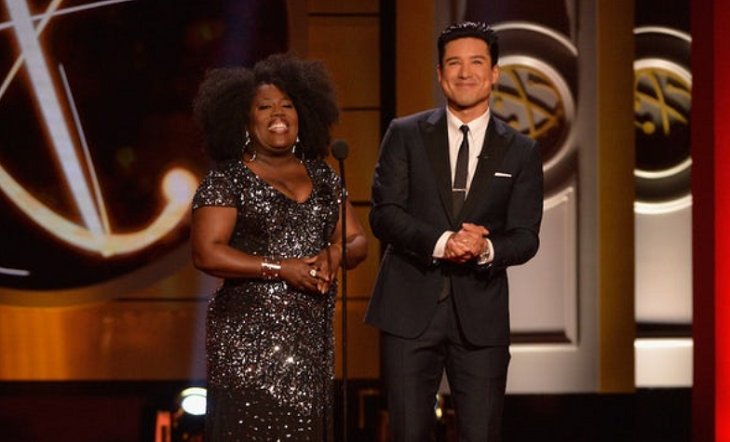 We’ve got exciting news for daytime television fans. New reports say that television personalities Mario Lopez and Sheryl Underwood will be back as the hosts for this year’s 46th Annual Daytime Emmy Awards! The show will take place at the Pasadena Civic Auditorium in Burbank, California.

Mario and Sheryl have been applauded for the outstanding work they’ve done as hosts in the past, which is why the Academy has decided to bring them back for another year.

“I am thrilled to have one of the most entertaining combinations in daytime television hosting our grand gala at the Pasadena Civic Auditorium,” said David Michaels, SVP, Daytime, (NATAS).

“With their combined wit and charm, plus America’s favorite Arbiter, Judge Judy, receiving this year’s lifetime achievement award as well as the best of Daytime nominated in all genres and a stellar list of presenters yet to be announced, it promises to be a memorable night for the daytime community.”

Fans can also expect to see General Hospital star and Daytime Emmy winner Carolyn Hennessy (Diane Miller) returning as the host of the Daytime Emmy Awards Live Stream from the Red Carpet and Backstage Post Show interviews with the winners on May 5th. Seeing how she did such a fantastic job last year, it’s no surprise that producers wanted her back for this year’s show, too!

This Year’s Daytime Emmy Awards Will Be Full Of Fun, Fashion And Glamour

The 46th Annual Daytime Emmy Awards will air on Sunday, May 5. Check your local listings for times. In addition, viewers can also catch all of the action online at Emmyonline.tv.

For the full list of these and other #DaytimeEmmys nominees, visit https://t.co/2j15wIHSLP and be sure to tune in here LIVE on May 3rd and 5th to find out who will go home with an Emmy® statue! pic.twitter.com/V7wNrF92BH

We are very excited to hear that both Lopez and Underwood will be back to host this year’s show. We have a feeling that it is going to be an exciting one full of fun, fashion, glamour and of course, laughs.

We can’t wait to tune in! How about you? Let us know what you think in our comments section below.