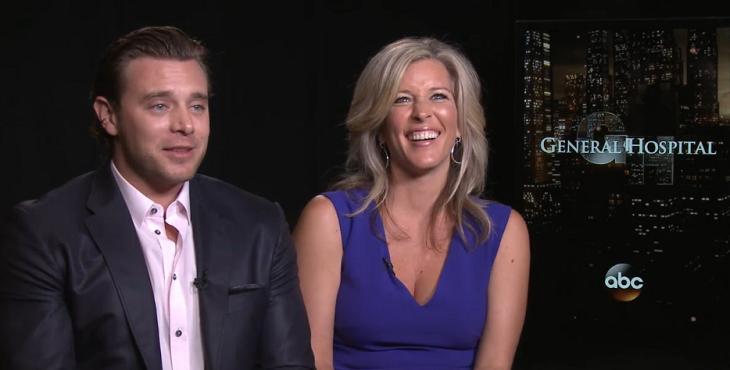 General Hospital spoilers tease that two out of the five most Daytime Emmy nominated stars of the decade are ABC’s General Hospital favorites – Laura Wright and Billy Miller!

Two others, Heather Tom and Scott Clifton, are currently on the CBS soap the Bold and the Beautiful (B&B). The other most nominated daytime star of the decade is Peter Bergman, from B&B’s sister soap the Young And The Restless (Y&R).

These five daytime stars are tied as the most nominated stars of the last ten years. Each have been nominated at least six times since 2010 but have not always won. Two of them, Miller and Clifton, spread their nominations over two different roles.

MUST WATCH ‘General Hospital’ Preview Video Wednesday, April 17: Shiloh Has A Secret Weapon to Use Against Jason

Miller was nominated for his Y&R role as Billy Abbott, and his General Hospital roles as Jason Morgan/Jake Doe and Drew Cain. Clifton also appeared on General Hospital as Dillon Quartermaine, on One Life To Live as Schuyler Joplin, and on the B&B as Liam Spencer. Clifton has been nominated a total of nine times in his acting career.

Wright, as General Hospital’s Carly Corinthos, has been nominated six times, and although she is also a veteran of defunct soaps Loving, The City and Guiding Light, her nominations have all been for the role of Carly on General Hospital. She played Ally Rescott on both Loving and The City, and Cassie Layne Winslow on Guiding Light.

Bergman has portrayed Jack Abbott on the Y&R since 1989, and can boast 22 nominations in his career.

Tom, currently Katie Logan on The Bold and The Beautiful, has received 18 nominations across three different soaps, including Victoria Newman on the Y&R, Kelly Cramer on One Life To Live and the B&B.

All five stars deserve recognition for their many nominations. And even though some have never won the big prize, they still deserve an honorable mention for perseverance!

Young And The Restless Spoilers: Cane Steps Down From Chancellor Industries – Paving The Way For Jill’s Return