Young and the Restless Spoilers: Adam Newman Steps Up – Can Connor’s Dad Be Redeemed? 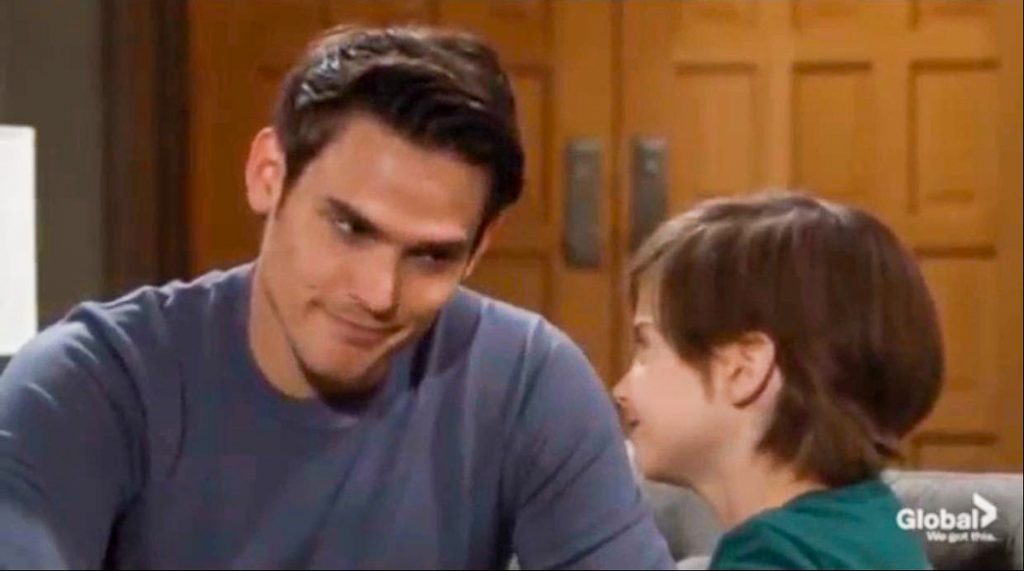 The Young and the Restless spoilers document that Adam Newman (Mark Grossman) isn’t as selfish as most people believe. He felt betrayed by his family and recognized that something was broken inside his mind. Both factors drove him to back to the perceived fantasy life he created in Las Vegas, Nevada, for nearly three years.

Connor locked his brother, Christian Newman (Alex Wilson), in the garage at Nick’s house. That unexpected act followed Connor’s seeming breakout from the emotional rut he’d been pushed into.

Learning that Calvin Boudreau (John Burke) died dealt a blow to Connor, because he cared about his stepfather. However, realizing that Adam never died was a stunning gift that created initial benefits. Then, Adam told Connor that Victor Newman (Eric Braeden) died.

The Moustache’s later reveal confused Connor. Like Adam, he felt that people who were supposed to be his loved ones had wronged him. It’s this commonality that can help Adam and Conner to begin the healing process.

No matter what he’s done to an uncountable number of people, Adam has always demonstrated genuine love for Connor. He also selflessly chose to withhold knowledge that he was Christian’s father earlier this decade because he felt that it was best for his other son and Nick to remain together.

Chelsea still and will likely always reserve a place in her heart for Adam. While it’s true that she rejected his request that they reconcile earlier this year, Chadam’s revival odds have surely improved due to Adam’s most recent return to GC.

Young And The Restless Spoilers – Connor Newman May Spark Revival

Chadam’s first child, Riley Newman (as played by Malachi Barton in a dream sequence), represented the depth of love that Chelsea and Adam initially shared. Connor’s later birth reconfirmed the enduring link between them.

While Chelsea is legitimately committed to Nick, Y&R fans know that Adam can be an overwhelming influence. So Morrow’s character probably brought his renewed competition back to GC.

Chelsea will witness Adam’s powerful influence on Connor. That development will serve to remind her of her former husband’s best qualities.

Chadam’s time together is arguably when Adam projected his best self. If he’s able to maintain stability now, the character Grossman is now playing just might be able to capture Chelsea’s full heart again.