Young And The Restless Rumors: Mia Gets Pregnant By Arturo To Stay Out of Jail? 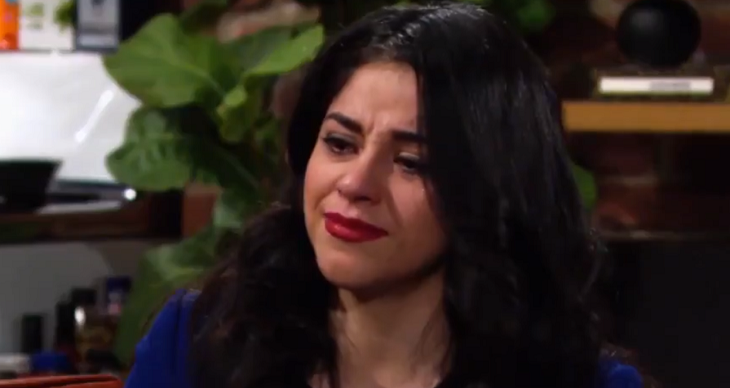 The Young and the Restless rumors indicate that Mia (Noemi Gonzalez) will seduce Arturo (Jason Canela) to get pregnant.

Earlier this week it was revealed that Mia is the one who attacked Lola (Sasha Calle), which left the youngest Rosales sibling fighting for her life. After discovering evidence that pointed to Mia being the attacker, Rey (Jordi Vilasuso) decided to arrest his wife. However, her revelation that she was pregnant made him reconsider his decision.

After a pregnancy test “confirmed” Mia’s pregnancy, Rey decided to keep quiet about Lola’s attack. While Mia bought some time to escape jail, she’ll have another dilemma on her hands. She’ll need to get pregnant soon in order to keep her scheme going.

Fans know that Mia is faking her pregnancy, but odds are that she will end up pregnant soon, it just won’t be Rey who’s the father.

Young And The Restless – Arturo Is Mia’s Number One Choice

Mia still loves Arturo, as evidenced by her erratic behavior. He’ll always be her number one love, and she’ll use him in her plot to avoid jail.

Odds are she’ll seek his comfort over being upset about Lola’s condition. Their comforting embrace will soon lead to a night of passion, which will give Mia the baby she needs to save herself from jail and fix her marriage to Rey.

Yet, Mia’s plan may backfire on her.

Young And The Restless – Will Mia’s Plan Keep Her From Prison?

When Arturo learns that Mia’s pregnant, he’ll know the baby is his. He’ll be stuck in a bad situation. He can either keep it a secret or reveal the truth and risk destroying his relationships with Rey and Abby (Melissa Ordway).

If Rey learns that Arturo is the father of Mia’s baby, he’ll know she was lying about her the timing of her pregnancy and his devotion to her will be thrown out the window when he arrests her.

Do you think Mia will become pregnant by Arturo? Do you think her plan will keep her out of prison or will it be exposed?