Young and the Restless Rumor: Victor To Play Hero – Villain Blocked By The Mustache 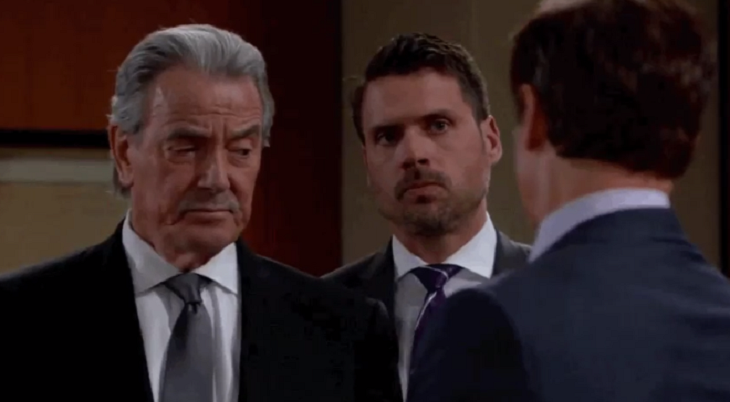 Victor (Eric Braeden) wasn’t able to help his wife and daughter in the recent past on the Young and the Restless. That’s because Nikki (Melody Thomas Scott) and Vickie (Amelia Heinle) hadn’t told him what happened to J.T. (Thad Luckinbill) last April and what came next. But now The Mustache is fully informed and will be able to play the hero.

Braeden’s status as Y&R’s leading man has held since the early 1980’s, when his iconic character first debuted. As hardcore viewers recall, Braeden took an extended personal trip toward the latter part of 2018, which resulted in Victor needing to go on a business trip abroad.

His dramatic Christmas Eve return was followed by Nikki and Vickie finally coming clean, as they should have done months ago. Of course, both ladies actually had nothing to be ashamed of and should have also informed authorities about the terror that took place on the second floor of Vickie’s house immediately after J.T. appeared to drop dead.

Young And The Restless – Who Was Tormenting The Cover-up Crew?

Sidelined due to recent courtroom developments is the fact that whoever has been tormenting the cover-up crew remains on the loose. This individual, assuming it’s just one person, could actually be J.T., a possibility in this soapy world.

Or, the mystery person could have a tie to Mr. Hellstrom, if he’s actually deceased. Then again, this individual may also be some retro villain, like the inimitable Ian Ward (played by the equally unique and always astounding character actor, Ray Wise).

Rey (Jordi Vilasuso) is GC’s lead detective, but he’s been distracted by Mia’s (Noemi Gonzalez) latest moral outrage, that being a false pregnancy claim. Paul (Doug Davidson) is known to be returning during the last week in March. He’ll surely help to restore law and order when the finale to this extended arc arrives.

But if one had to guess who, among all Wisconsin-based personalities, is most likely to save the day, either through his (wink, pronoun hint) own resources, or simply guile to force whoever has been working dark into the light of daytime? Why none other then the ever-great Victor Newman.

Young and the Restless #YR #Kola Spoilers: Unlikely Deal Made To Save Lola's Life – Kyle Shocked and Relieved @celebratesoaps https://t.co/Pe9rREdhu5

General Hospital Rumor: The End Of Ryan – Or Is It?