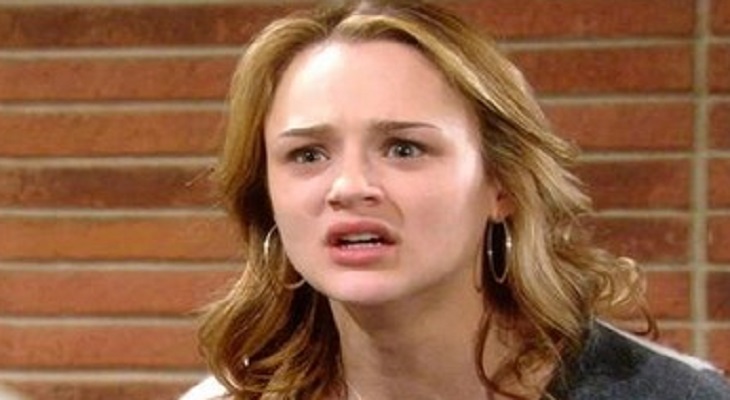 The Young and the Restless rumors indicate that Summer (Hunter King) will return to Genoa City with a bun in the oven.

Prior to leaving Genoa City to work in Dubai for Victor (Eric Braeden), Summer had a fling with her mother’s boyfriend Billy Abbott (Jason Thompson). Summer thought Billy had finally come around and they’d start a relationship, but was hurt when he told her she was just a rebound.

Summer then tried to work things out with her ex-boyfriend Kyle (Michael Mealor), but he rejected her. With nothing left for her, Summer decided to leave town to focus on her new career with Newman Enterprises.

But now Phyllis (Gina Tognoni) and Nick’s (Joshua Morrow) daughter is coming back to town, possibly pregnant with their grandchild.

Y&R fans have speculated that Summer will end up pregnant after her night with Billy and it looks like the rumors may be true.

There’s no telling how far along Summer will be when she returns to town, but her pregnancy will cause lots of drama for everyone.

Billy will be impacted the most by Summer’s pregnancy. He’s been through a lot the past year with his gambling addiction, losing his job, and dumping Phyllis. It looked like his life was turning around for the better, but Summer’s surprise pregnancy will change that.

Phyllis and Nick won’t be happy to learn Billy is the father of Summer’s baby. Nick and Billy have come to blows in the past, and this time things will get physical again. As for Phyllis, even though she and Nick are a couple, she’s still carrying a torch for Billy. Deep down she holds out hope that they’ll get back together, but this new development could end the couple once and for all.

Do you think Summer is pregnant? If so, do you think Billy or someone else is the father? Plus, what do you think Phyllis will have planned for her new grandchild?

Days of Our Lives Rumor: Hope Cheats On Rafe While He’s Out Of Town