Days Of Our Lives Spoilers: Stefan Rages At Gabi After Chloe Dumps Him 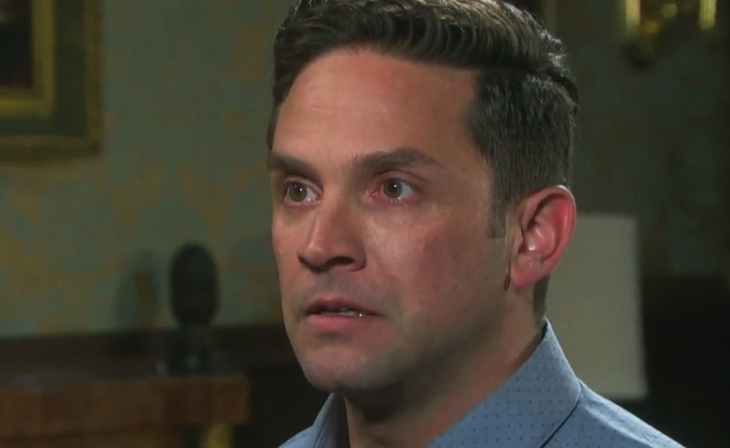 Days of Our Lives (DOOL) spoilers tease that Stefan DiMera (Brandon Barash) will have some ranting and raving to do. After finding him in bed with Gabi Hernandez (Camila Banus), Chloe Lane (Nadia Bjorlin) swiftly dumped him. Of course, the two of them weren’t exactly in a bona fide relationship yet, but Stefan was hoping that’s where they were headed.

As DOOL viewers know, Stefan has been after Chloe ever since he rescued her from the cartel’s goons at Doug’s Place earlier this year. Chloe has been fleetingly interested in Stefan, but a lot of circumstances have gotten in the way.

Chloe was in life-threatening danger from the cartel, and she kept putting Stefan off for that reason. And then Holly Jonas (Harlow and Scarlett Mallory) was kidnapped and allegedly died.

Days Of Our Lives Spoilers – Carrying On A Torrid Affair

But Stefan kept after Chloe and offered her all of his support during her trying times. There’s just been one problem…he’s also been carrying on a torrid affair with Gabi. Stefan doesn’t know this, but Gabi is doing her best to seduce him and eventually marry him so she can take him for all he’s worth. And the seduction part of the plan is working beautifully.

Well, after Chloe found Stefan and Gabi in bed together, that was the end of the line for Chloe. As DOOL viewers know, Chloe totally let Stefan have it and unleashed some pretty harsh words on him. Feeling like the town fool, she abruptly left the DiMera mansion, shattering Stefan’s dreams for their future.

Of course, Stefan is going to be more than peeved at Gabi, and according to Days of Our Lives spoilers, he’ll soon get the opportunity to confront Gabi for running his chances with Chloe. He’ll rage at her and blast her for interfering in his love life.

As DOOL viewers know, Gabi and Kate DiMera (Lauren Koslow) set up the whole situation so that Chloe would walk in on them in bed together.

Whether Stefan will figure out that Gabi arranged the situation remains to be seen, but he’s a pretty perceptive guy and will probably be able to put two and two together.

So, it seems that Gabi might have a minor setback, as Stefan’s going to be upset with her for a while. But given the chemistry between Stefan and Gabi, it probably won’t be long before they’re back in bed together, and Gabi’s plan can continue.