Young and the Restless Poll: Who Has Delivered the Best Performance During the J.T. Storyline? 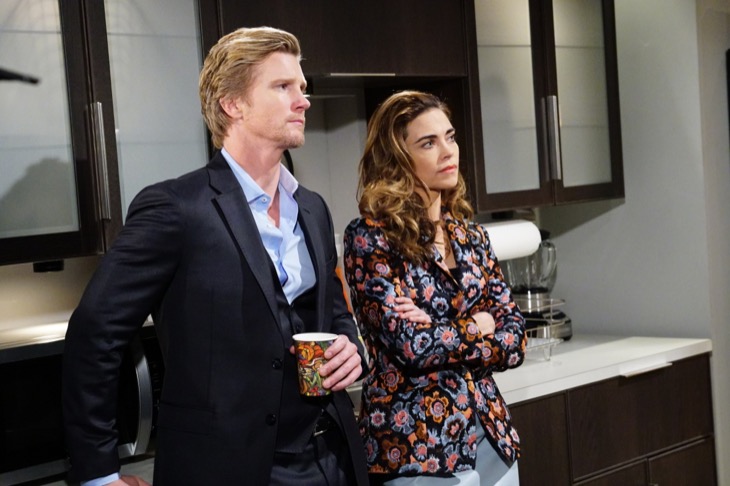 The long J.T. (Thad Luckinbill) storyline feels like it’s going to end soon on ‘Young and the Restless’. So, in preparation for the final curtain, it’s fair to look at the performances within this arc. Among them, which actor’s efforts are the best?

Understanding that this poll is fully subjective, it is reasonable to start with the man in question, J.T. Hellstrom. Luckinbill’s efforts were risky, as he knew that his once-likable character would be purposely written dark in order to further the tale that would be told.

Luckinbill struck a balance between the classic J.T. tenured fans recalled and the middle-aged man who was purported to have gone crazy because of career setbacks. Y&R flashed back to the electrocution his character suffered in the past as possibly being tied to J.T.’s eroding mental state and then presented him as a fully devolved monster. Luckinbill was fully willing to fall on that stage sword and he was magnificent in doing so.

Nikki is about to get all cozy in her new living room when she catches an eyeful of the fire poker that she “offed” JT with. #YR pic.twitter.com/uXIMDLAvgP

Melody Thomas Scott (Nikki) was known to have killed two people, her father and Diane (as last played by Maura West). But those acts were in self-defense. This killing was different, as Nikki’s parental instincts took hold when she grabbed the fireplace poker, lunged at J.T., who was physically assailing her daughter, and hit him over the head, which seemingly caused his death. Thomas Scott’s range of performances then and since has been outstanding.

Eric Braeden (Victor) was nearly killed by J.T., twice. The backward fall Braeden took down the staircase at the Ranch has been replayed often because it was so masterfully conceived, written, produced, and performed. Now, the ‘Moustache‘ has been framed by an unknown character for J.T.’s murder! Y&R’s lead actor is working into his thirty-ninth year on this classic steamer because of the greatness he projects through this indelible character.

Additional solid actors can be mentioned as well, including the three ladies who were with Thomas Scott on Nikki’s horrific night, Amelia Heinle (Vickie), Phyllis (Gina Tognoni), and Sharon (Sharon Case). Other talented cast members, including Jordi Vilasuso (Rey), Camryn Grimes (Mariah), and Joshua Morrow, (Nick) also deserve their due.

Fans of ‘The Young and the Restless’ rightfully express their opinions on a regular basis. So, who has delivered the best performance during the J.T. storyline? Please vote in our poll above!