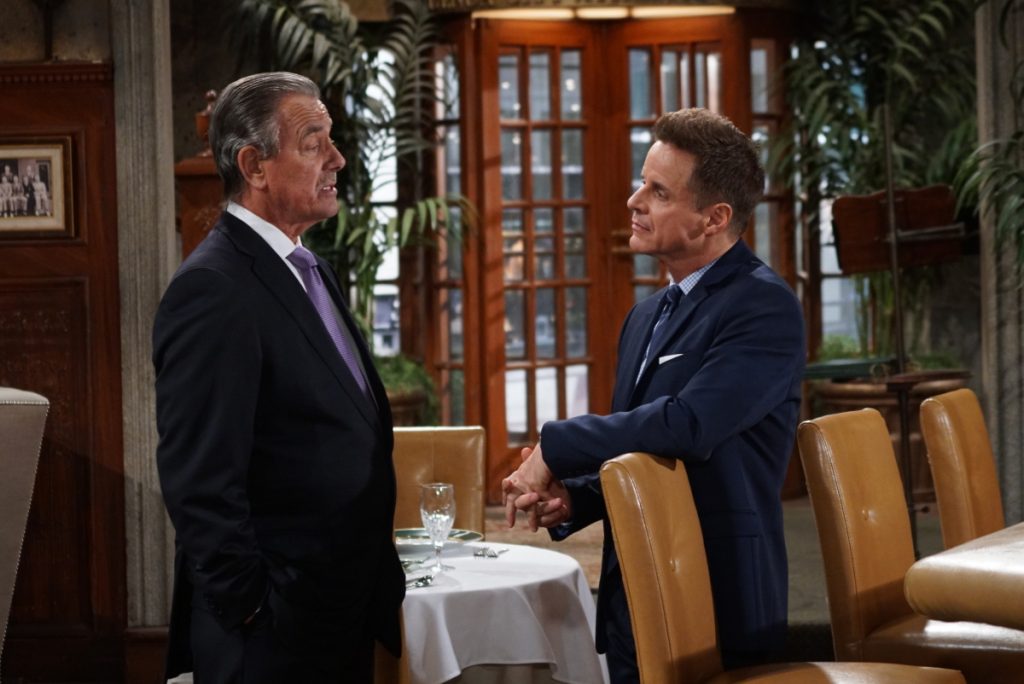 Eric Braeden (Victor) recently participated in a Facebook Live chat regarding ‘The Young and the Restless’. His comments about the former executive producer and head writer Mal Young clearly stated that there had been an attempt to diminish the Victor character during that individual’s tenure. So now that Young has been replaced by Tony Morina (executive producer) and Josh Griffith (head writer), will the ‘Moustache’s’ power be regained in Genoa City?

Braeden’s addition to Y&R’s cast in 1980 established one of the most iconic lead male characters in soap opera lore. Victor Newman is, without question, a character who helped propel this show into its number one-rated status, which it’s held for the past thirty years.

That record-breaking effort is the result of many parties involved, both behind the scenes and in front of the camera. Braeden is clearly credited by all seasoned soap observers as key to Y&R’s daytime dominance. His continued importance on the show didn’t actually cause for debate among fair-minded viewers. But Braeden believes that Young’s choices were intended to reduce Victor’s influence.

Braeden’s noticeable absence from the show was felt last fall, as the actor advised that he’d taken a personal vacation to visit friends overseas (which was backed by posts on social media). As a result, Victor disappeared from his fictional Wisconsin home from September through Christmas Eve. Both before and during that time, Nick (Joshua Morrow) attempted to not only humiliate his father but to also bring down Newman Enterprises, which could be read as an implied attempt at diminishing the Victor character.

Considering Braeden’s passionate statement about Young, it’s fair to wonder if the actor’s absence from the cast in recent months was connected to available work schedules? Young’s prerecorded work is soon set to end, likely meaning that Victor will be restored to his place of prominence in GC.

Fans of ‘The Young and the Restless’ rightfully express their opinions on a regular basis. So, will Victor Newman regain his power in Genoa City now that a new executive producer and head writer are in charge at Y&R? Please vote in our poll below!