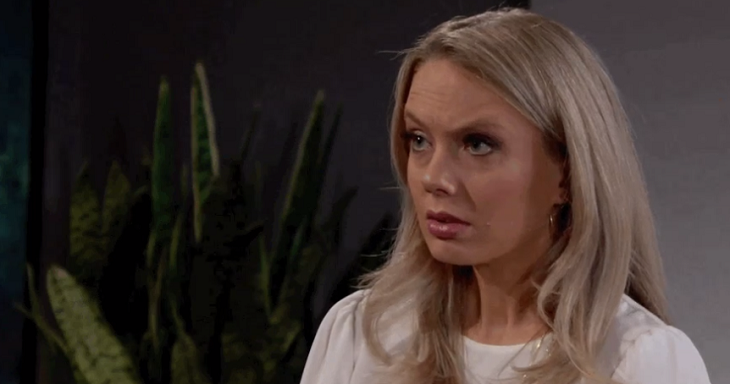 They say hell hath no fury like a woman scorned and when it’s a Newman woman, you better watch your back. Abby Newman (Melissa Ordway) proved that this week on the Young And The Restless.

How many of us cheered her on as she smashed in fiancé Arturo Rosales’ (Jason Canela) windshield and headlights with a hammer? This, after she found out he cheated on her with her nemesis, and his sister-in-law, Mia Rosales (Noemi Gonzalez).

When Abby arrived for work at Dark Horse and her office was filled with roses, she saw right through it as the pathetic ploy it was. Arturo’s most ludicrous comment though was when he told her he even forgave her for damaging his “poor, innocent truck.”

“I was so blinded by love that I didn’t see the big sleaze bag tattoo that you had across your back,” was her response to his over-the-top pleading. You go girl! Once a cheater, always a cheater.

Young And The Restless Spoilers – The Triumphant Return Of Paul Williams

Y&R viewers know Canela is exiting the soap sometime soon and what a way to go! Many fans are hoping he’ll take Mia with him when he heads out of Genoa City.

This week also saw the welcome return of Police Chief Paul Williams (Doug Davidson) to Y&R. And he made it very clear to Rey Rosales he was back to stay and taking no prisoners. Paul fired Rey, who, let’s face it, talks a good game but is a bit of a dirty cop. Not only did he blackmail two police officers, but he let Mia off scot-free when he found out she attacked his own sister. 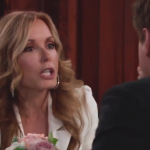 We also saw the return of another familiar face this week when Ashley Abbott (Eileen Davidson) revealed herself as Kerry Johnson’s (Alice Hunter) silent partner.

Kerry broke Jack Abbott’s (Peter Bergman) heart when it was revealed she was actually Dominque Carroll. She filed all of Jabot’s patents for the upcoming quarter and each one had been rejected. It looks like she had been working to undermine Jabot the entire time she was there.

Young And The Restless Spoilers – Put A Fork In Jerry, They’re Done

How many of you were relieved to see the end of the relationship between Kerry and Jack? Frankly, I always cringed when they were onscreen together as a romantic pair. It wasn’t the actors’ fault, but the 35-year age difference between the two of them was just too much. Can’t Y&R writers find a more suitable love interest for Jack who is closer to his age? Even an actress in her 40’s would be more palatable.

And finally, it looks like Victoria Newman (Amelia Heinle) is about to go through her own personal hell. She faced her guilt about what she and The Coven (who have been cleared of all charges) did to J.T. Hellstrom (Thad Luckinbill). Now that she has some sort of closure in the matter though, it looks like she’s going to have some PTSD issues.

Young and the Restless #YR Poll: Are You Shocked By Michelle Stafford's Return? @celebratesoaps https://t.co/los4Xx02v2

Did you like Kerry and Jack as a couple and are you sad to see them end? And who else enjoyed seeing Doug Davidson’s smiling face back in the opening credits where he belongs? Tell us what you think in our comments section.

Days Of Our Lives Rumor: Is Ted Lying About His Past, Does He Have A Secret Wife?

Young And The Restless Rumor: Will Greg Rikaart And Judith Chapman Return?