Young And The Restless Rumor: Will Greg Rikaart And Judith Chapman Return? 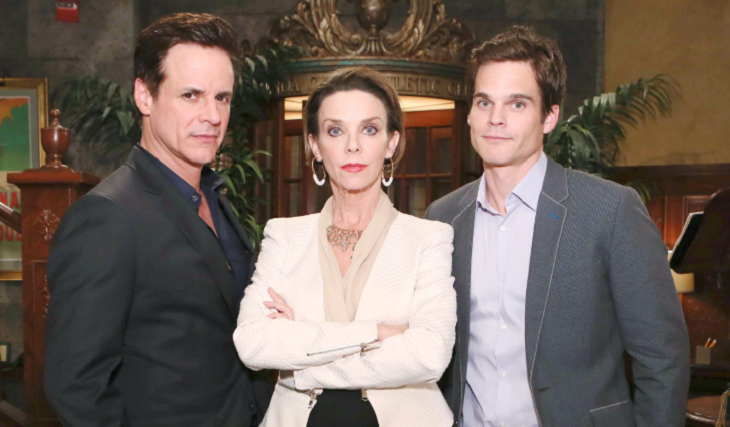 Familiar faces drive viewers to watch the Young and the Restless, which has always been true of this and every other soap opera. Now that Greg Rikaart (Kevin Fisher) and Judith Chapman (Gloria Bardwell) have left their roles as Leo Stark and Diana Cooper, respectively, on Days of our Lives, it’s reasonable to speculate these terrific actors could reprise their Y&R personas in the near future.

Y&R has undergone a series of back office changes within recent months. Mal Young is no longer the executive producer. His scripts are still playing out though, as he was also the show’s head writer.

Due to the elevations of Tony Morina (executive producer) and Josh Griffith (co-executive producer and head writer), a variety of cast changes have and will be made. That would seemingly make it more plausible, then it otherwise might have been, to see Michael Baldwin’s (Christian Le Blanc) immediate family members in Genoa City again.

Kevin was briefly seen last year when he returned to town and handled some clandestine computer work. He had his daughter, Bella (Cali May Kinder), with him. Her mother, Chloe Mitchell (Elizabeth Hendrickson), remained behind on the west coast.

She stayed in hiding, due to her past criminal activities involving Adam Newman’s (Justin Hartley) suspected demise. Though, as readers of this soap site have learned, Adam (recast Mark Grossman), is still alive and is returning.

Gloria was seen through last year until Chapman’s character disappeared without a mention. She had been Jabot’s top administrative assistant. Gloria did stay on, after Jack Abbott’s (Peter Bergman) departure as Chief Executive Officer. But she was then replaced by Ted (Sean Muramatsu).

Young And The Restless Spoilers – Will We See Gloria Bardwell Soon?

Jack was just reinstated as CEO, after Phyllis Summers (Gina Tognoni) lost the confidence vote. That alone could be enough to enable Gloria’s comeback.

As for Kevin, a plausible storyline would need to be written that would have him return to town, for any length of time, without Chloe being present.

Young and the Restless #YR Spoilers: Sharon And Rey Get Hot And Heavy @celebratesoaps https://t.co/7nw9goECCg

Hendrickson is currently playing Margaux on General Hospital. Unless she leaves that soap, a recast could always allow Kevin’s love to return with him, potentially for Adam’s revival storyline.