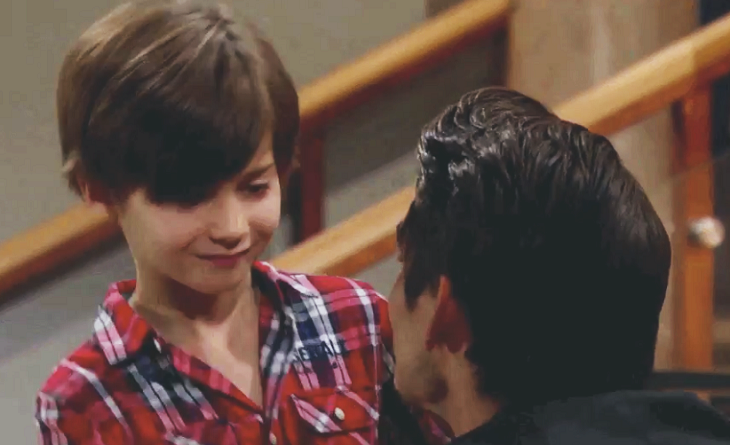 With all this talk about Connor Newman, we knew that it would only be a matter of time until we got to see the young tot reappear in front of the cameras.

As a matter of fact, new The Young and the Restless comings and goings tease that the roles of Christian and Connor Newman have been recast.

We’ve got all of the details you need to know right here on the Christian And Connor Newman Recasts.

According to CBS Soaps in Depth, newcomer Alex Wilson is now the new Christian Newman in Genoa City. The young actor has replaced twins Jamie and Alister Tobias, who had played Adam’s son since birth.

And this week, Christian’s half brother Connor hit the small screen in what a lot of people like to call a case of “Soap Opera Rapid Aging Syndrome” (if there is even such a thing). Actor Judah Mackey takes over the role from twins Ozzy and Jude McGuigen.

Now, as far as what’s ahead for the two Newman tots remains to be seen. As many fans know, both Adam Newman (Mark Grossman) and Nick Newman (Joshua Morrow) have been battling it for the custody of little Christian. Adam believes that as his biological father, he has a right to be with the boy.

Young and the Restless Spoilers – What Is Chelsea Newman Up To?

But it’s Nick who believes that the boy should live with him, considering that he’s the only father that he’s ever known. With that said, Nick is also fighting for the right to be in Connor’s life as well. But if there’s one person who is getting in the way, it’s Chelsea Newman (Melissa Claire Egan).

The Young and the Restless spoilers tease that Chelsea has something up her sleeve, as she and her conning mother might be working on a scheme of their own.

Either way, it will be interesting to see what happens to Christian and Connor and if Adam will ever get the family he believes he deserves. Fans will have to tune in to find out for themselves! Keep up with Soap Opera Spy for all the latest right here.