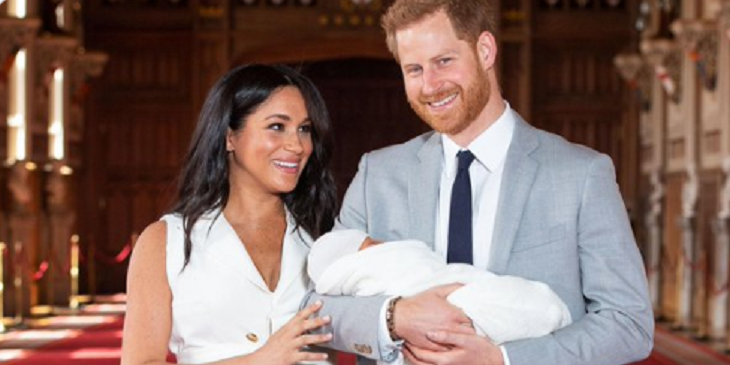 It looks like Prince Harry and Meghan Markle are planning a huge celebration for Archie Harrison on his christening day. And while there’s no doubt that there are a lot of senior members of the royal family along with some high-profile friends that will be there, some reports say that a few of the grandparents might not be in attendance. Here’s what you need to know.

The Duke and Duchess of Sussex welcomed their son Archie Harrison back on May 6thand ever since then, it’s been nothing but pure joy and bliss for their little royal family of three. Meghan has spent most of her time enjoying every free moment she has with her bouncing baby son during her maternity leave at Frogmore Cottage. However, it looks like little Archie Harrison will be in the spotlight once again in the coming weeks. That’s because all of his close relatives will celebrate his christening, which is expected to take place in July.

Palace Has Not Announced Christening Date Yet

And while Buckingham Palace is yet to release the date of the milestone event, some reports tease that there will be a few people who won’t be able to make it to the church.

The first person is Queen Elizabeth, who already has several royal engagements and public appearances penciled into her calendar. Unfortunately, this is the second christening that the Queen is being forced to miss, as she also wasn’t at Prince Louis’ gathering last year, either.

Will Thomas Marle, Sr. Be Invited To The Ceremony?

Also, there’s a very good chance that Meghan Markle’s estranged father Thomas Markle Senior won’t be at the christening, either. That’s because the Duchess has not spoken to her father ever since he failed to show up at her royal wedding to Prince Harry back in May of 2018.

Even though grandmother Doria Ragland was just in London for Archie’s birth, there’s a good chance that she may make the trip from Los Angeles again to be with her daughter and one and only grandson. Meanwhile, Archie’s other grandfather, Prince Charles and his wife Camilla Parker-Bowles are also expected to attend the christening. We will definitely update you with more information as it comes in.