This Is Us News: Mandy Moore Drops Hints About Season Four 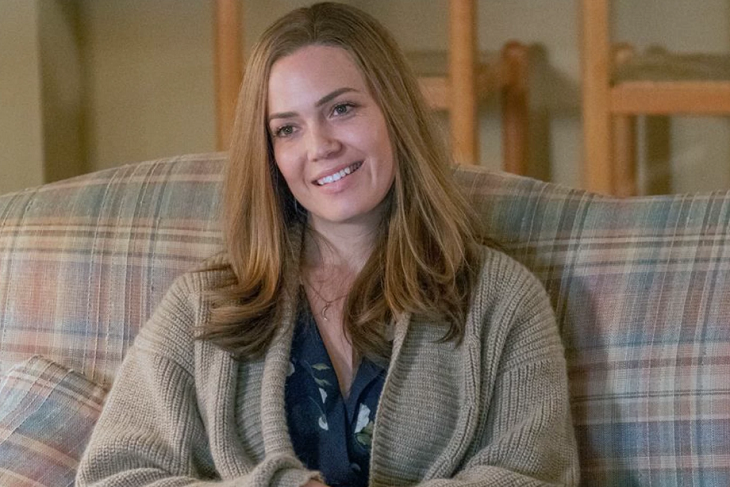 This is Us viewers who watched the season finale last April 2 have been left wondering about the condition of Rebecca Pearson (Mandy Moore). The episode entitled Her ended with a flash forward showing the Pearson family coming together at Kevin Pearson’s (Justin Hartley) home.

It seemed like they were visiting an ailing Rebecca. She appeared frail and may even be dying based on how Randall Pearson (Sterling K. Brown) introduced himself as he approached her.

Since the airing of this episode, fans of This Is Us have been speculating as to what exactly ails Rebecca, and they were also given some hope that Randall and Beth Pearson (Susan Kelechi Watson) are still together.

This Is Us News – Jack And Rebecca Pearson’s Early Years

In an interview with TVLine at the NBC Upfronts, Mandy Moore hinted that viewers may have to wait longer before they finally know the truth about Rebecca’s condition.

“I know that we’re not going to dip into that world with my character too much, because you sort of need to let it marinate a little bit and you want to use it with great impact,” she explained.

Moore also teased that the upcoming new season of This Is Us will focus on Jack and Rebecca’s early years. It will show how their relationship progressed after they returned from their cross-country trip.

This Is Us News – Pearson Couple Goes On A Road Trip

“This season … we’re gonna kind of follow them back from that road trip in California to back to Pittsburgh and really see how they become a couple,” Moore said. “I’m curious to see, like … how does he really open himself up, how do they get engaged? There’s so much of that really defining time in their relationship that I’m curious to explore.”

Viewers have to wait perhaps until the end of the fourth season for answers. Or maybe until season six, before they finally find out what happens to Rebecca. The family drama has been recently renewed for three more seasons by the NBC network.

“There’s something for everybody, whether it’s a storyline or a character or a particular issue that a character is dealing with.” #ThisIsUshttps://t.co/yA2llexPYq

All three new seasons will be composed of 18 episodes. However, the network has not yet decided whether season 6 will be the last. This Is Us season 4 is scheduled to air this fall.