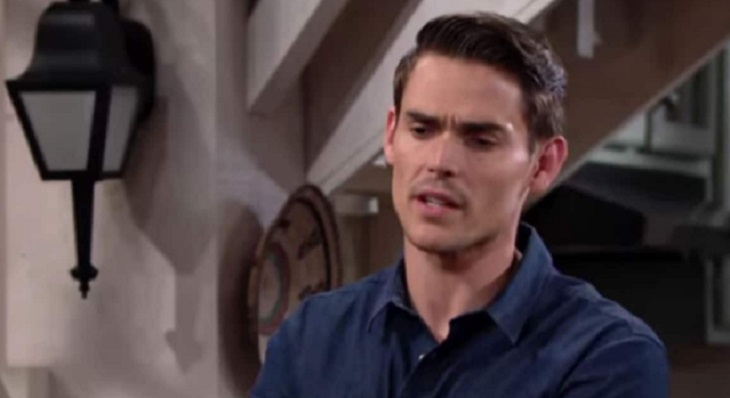 Adam Newman (Mark Grossman) wants three things on ‘The Young and the Restless’. He’s likely to never get the first request, but the other two asks are obtainable. With those being possible, Adam is not leaving Genoa City, as threatened.

He summons his siblings by text and drops a three-pronged ultimatum. Well, Nick Newman (Joshua Morrow) and Vickie Newman (Amelia Heinle) are technically Adam’s half-brother and half-sister, because the only biological dagger they share is Victor Newman (Eric Braeden).

Purely based on feel and this soap point is intended as subjective, Grossman is doing a fine job as the newest Adam. This iteration, a noun plucked to go along with the sharp dialogue all actors who’ve played Adam have been asked to sharply deliver, is working.

Adam’s comment to Nick that he’s (meaning himself) is a miracle was both hilarious and a wink to the fans. Only a super human being would be shot one day, seemingly discharged the next, and then be walking around as though he only had a stomach ache, instead of having received a shot to the gut.

Okay, so the half-billion dollar request, fronted first, is a non-starter. Adam has to know that, but give him credit for going large. As for the serious, deeply personal requests, both are bound to be realized somehow.

Y&R fans know that Melissa Claire Egan (Chelsea Newman) is back and will be seen shortly. Chelsea, along with Adam’s first-born son, Connor Newman (as most recently played by Gunner and Ryder Gadbois), will never allow her undead husband to escape a reunion.

In addition to developing circumstances feeling like a near certainty that ‘Chadam’ revives, there is no way that Nick is going to raise Christian Newman (Jude and Ozzy McGuigen) indefinitely. So Nick’s defensive tactics are worth a shot (wink), but just aren’t sustainable longterm.

Within a matter of days, in soapy time, Adam agrees to meet with Sharon Newman (Sharon Case), returns to GC, is shot, regains his memory as a result, orchestrates a fall guy turning himself into the authorities as the perpetrator, is quickly released by Nate Hastings (Sean Dominic), and then attempts shake down Nick and Vickie. The above list would be a plot rush, except for the fact that viewers have patiently waited for this character to return since September 2016. Now Adam has and he surely isn’t being written out.