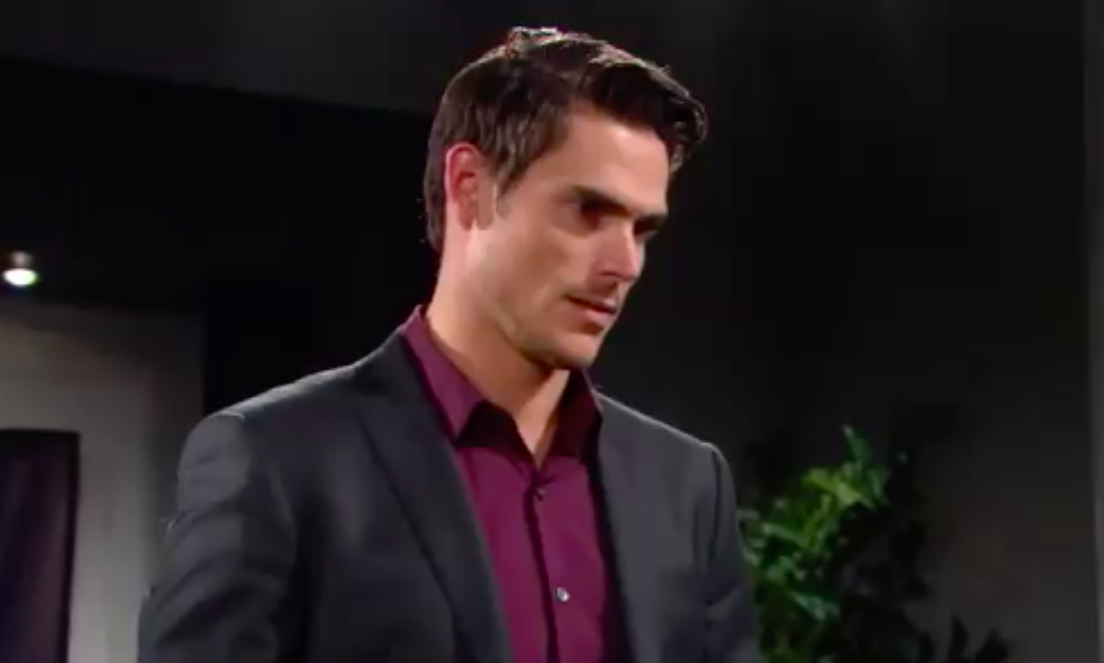 Adam Newman’s (Mark Grossman) blood runs cold on ‘The Young and the Restless’.So it isn’t a question of if he’ll exploit his father’s now known rare blood disease, but how?

It’s arguable that Adam was more warm-hearted than not during Justin Hartley’s (Adam) run as this character (2014-2016). But Grossman’s edition has begun to evoke comparison tactics that Michael Muhney’s (Adam) version worked so skillfully from 2009-2014.

As of now, Dr. Nate Hastings (Sean Domonic) and Nikki Newman (Melody Thomas Scott) know what’s wrong with Victor Newman (Eric Braeden). He’s not being secretive for a manipulative reason but simply doesn’t want his children to be burdened with this news. Plus, the ‘Moustache’ intends to beat the odds and live on.

Y&R Spoilers: Eric Braeden Run On The Show Not In Jeopardy

Hardcore Y&R fans know that Braeden’s run on the show is not in jeopardy. Unless a surprise announcement takes place, the longtime lead male actor on daytime’s long-reigning top-rated soap will continue to be seen for years to come.

However, as the illness develops Victor will become weaker. And, everyone knows what happened when Braeden’s character was physically impaired last year. His other son, Nick Newman (Joshua Morrow), took full advantage of the situation, using it to form Dark Horse by poaching from Newman Enterprises, as well as stealing and revealing Victor’s health information to the public.

Adam just convinced Phyllis Summers (Gina Tognoni) to hack into Dark Horse’s servers to obtain information. He wants to use that as some form of leverage against his brother. He claims it’s part of a larger plan relating to Christian Newman (Jude and Ozzy McGuigen), but it feels as though control over Nick’s company is also in play.

Adam could try to cripple Newman Enterprises by using Dark Horse when Victor reaches a lessened state in the near future. He could engineer Vickie Newman’s (Amelia Heinle) ouster from her then-top spot in the family company instead, or as well, in order to seize control.

Victor was told by Adam at ‘Villy’s’ Society ceremony that he hadn’t done enough for him. That confirmed that Adam will almost assuredly use any opening to defeat him, rather than just be a brat.

A dangerous rivalry is reignited today on #YR. pic.twitter.com/sIMCnDMY5l

Adam will certainly count on Nick being distracted by Victor’s malady. He could use that opportunity to take Christian from Nick in court.

But it’s also possible that Adam, somewhat similar to the Summer Newman (Hunter King)-Lola Rosales (Sasha Calle) scenario, could be the only donor match for his father. Is it too far-fetched to think that Victor could be forced to relinquish control of Newman Enterprises to Adam in exchange for his son’s blood?

Fans of ‘The Young and the Restless’ rightfully express their opinions on a regular basis. So, how will Adam exploit Victor’s life-threatening situation? Please vote in our poll below!