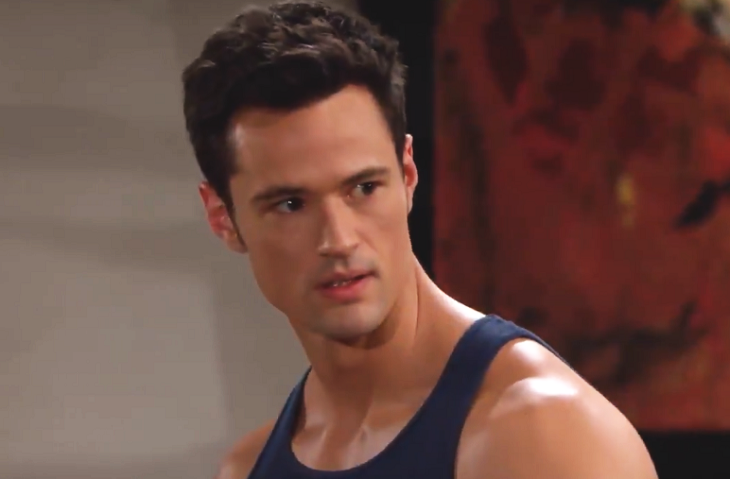 Also, Hope and Liam meet with Carter Walton (Lawrence Saint-Victor) to go over their divorce. Xander Avant (Adain Bradley) manages to stop them in the nick of time.

At Forrester’s design office, Xander tells Flo that he can’t keep the secret about Hope’s baby any longer. Even though she’s scared that she might end up in jail, Xander assures her that she can fix things. He appeals to Flo to tell Hope and Liam the truth.

Zoe Buckingham (Kiara Barnes) thinks that Hope will end up pressing charges against them. She’s afraid that she will end up in jail, too. Flo admits that she feels physically exhausted from all the guilt. Carter then enters the room.

He’s got the annulment papers in his hands. Xander says that enough is enough and that someone needs to do something. He says that this divorce wouldn’t be happening if Hope and Liam knew that their baby is still alive. Zoe cries that Hope and Liam can never know the truth.

At the cliff house, Liam is on the phone with Carter. However, Thomas arrives. He makes a comment about Liam being where he belongs. Liam tells him that Steffy Forrester (Jacqueline MacInnes Wood) is at a doctor’s appointment and that he’s there with the girls.

Liam calls Thomas out on the self-serving reasons he's invested in his relationships with Hope and Steffy. WATCH FULL EPISODE: https://t.co/uwzB6gMUkW #BoldandBeautiful pic.twitter.com/9ia1AgjT2L

Thomas tells Liam that he shouldn’t make things more difficult for Hope. Liam tells Thomas flat out that he doesn’t trust him and calls him an opportunist. Liam also calls Thomas out for using his son Douglas to get what he wants: and that’s Hope. Liam said that no matters what happens, he will still look out for Hope and that he won’t let Thomas use the kids to take advantage of her.

B&B Spoilers– Brooke Begs Hope To Not End Her Marriage

At Brooke Logan’s (Katherine Kelly Lang), she tries to convince Hope to reconsider. She thinks that if she lets Liam spend time with the girls, they can still have their marriage. Hope refuses to listen.

She’s waiting for Carter. Brooke presses and says that Hope and Liam can still work things out in their marriage because they love each other. Carter then arrives. He’s got all of the papers ready, it’s only a matter of Liam and Hope signing them. Hope admits this is the hardest thing she’s ever had to do. Xander then bursts in the room and screams.

The Bold and the Beautiful airs weekdays on the CBS network. Check your local listings for times. In the meantime, drop us a line with your thoughts in our comments section below.  Soap Opera Spy is a leading source for everything linked to The Bold and the Beautiful. Check back regularly for B&B spoilers and news! As always, more detailed Spoilers and Breaking news will appear here on Soap Opera Spy.

The Bold And The Beautiful (B&B) Spoilers: Vinny’s Hostility To Finn…