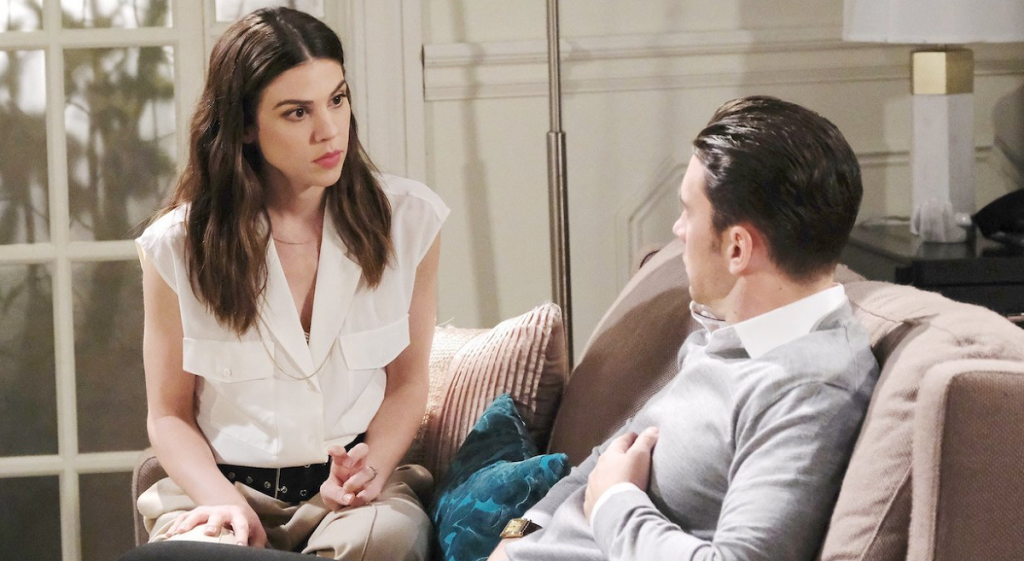 During the first chapter of the companion web series, Chad and Abigail both dealt with temptation. They were having a rough time in their marriage. Chad was working all the time, which ended up leaving Abigail feeling lonely and rejected. Fans even saw Abby smoking a cigarette due to her stress.

At the beginning of Chad & Abby in Paris chapter 2, episode 2, Abigail opened up about what happened with Austin. Of course, Chad wanted to go after Austin, but Abigail stopped him.

Will Austin follow #Chabby back to Salem on #DaysofOurLives?#DOOL#DAYShttps://t.co/Pd8TOTvvIp

She explained that the reason she was telling him was because they made a promise to be honest with each other. This led to Chad having his own confession.

Billy Flynn’s character told Abigail about Juliette’s plan to get Chad in bed.  Needless to say, Abigail was shocked and livid. She wondered why Juliette wasn’t fired, but it seems as though things are complicated. Due to her success with a deal, firing Juliette would require approval from the board. Plus, Chad can’t prove what happened.

Abigail doesn’t like this answer. She worries about Juliette continuing to try to get Chad in bed. Even though she claims to trust her husband, she doesn’t want to take any more chances with her marriage.

Days Of Our Lives Spoilers -Abigail DiMera Confronts The Temptress

By the end of the webisode, Abigail walked to Chad’s office. She arrived just in time to overhear a co-worker ask Juliette if she was trying to seduce the boss. Not losing her nerve and angrier than before, Abigail walks up to Juliette and says: “I am married to the man who you are trying to seduce. And I can’t wait to hear you answer that question.”

How do you think Juliette is going to respond? Will there be an all-out war between Abigail and the French seductress? How will Chad handle things moving forward? Fans will have to keep watching Chad & Abby in Paris to find out. New webisodes air on the official DOOL app every Thursday.

Days of Our Lives Spoilers: Brady Tells Shocked Marlena That Kristen Is Having His Baby