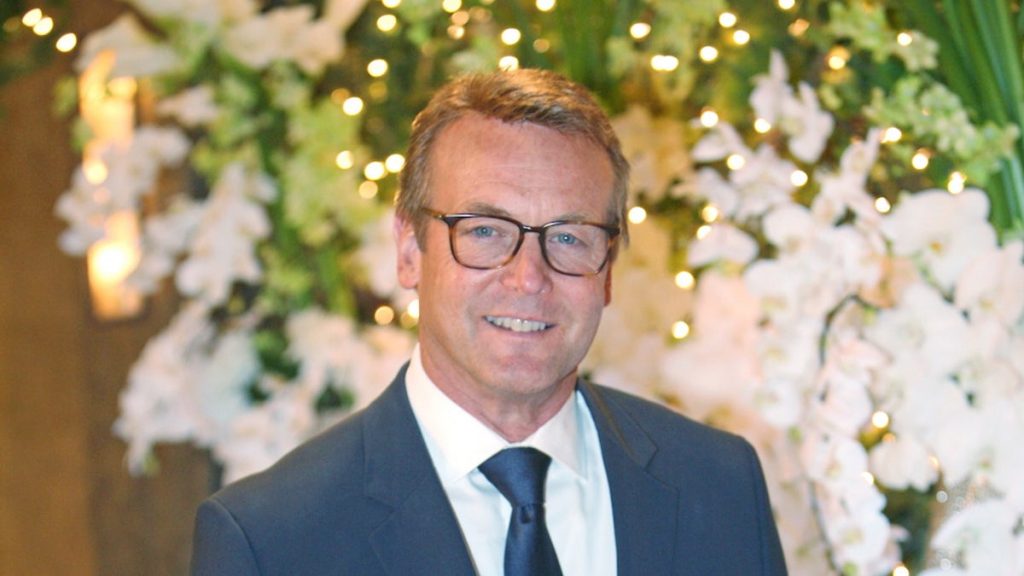 The Young and the Restless spoilers for Tuesday, September 10, tease that the Grand Phoenix opening night will be well underway, but Y&R viewers will remember that Zoe Hardisty (Anna Grace Barlow) spiked the pitchers of Abby Newman’s (Melissa Ordway) signature drink, The Grand Sangria, with drugs. As the party continues, everyone will be in good spirits, and things will go well for Abby and Chelsea Lawson’s (Melissa Claire Egan) big night…for a while.

Various small conversations will take place around the lobby, with Summer Newman (Hunter King) and Theo Vanderway (Tyler Johnson) enjoying each other and their Grand Sangrias. Kyle Abbott (Michael Mealor) and Lola Abbott (Sasha Calle), as well as Sharon Newman (Sharon Case), will observe Rey Rosales (Jordi Vilasuso) chatting up a single woman and getting her number. Sharon will be drinking a Grand Sangria.

Meanwhile, Summer will chat with her mom Phyllis Summers (Michelle Stafford), who will tell her that she’s proud of her and that she will take the high road and won’t do anything to ruin the evening. While all of this is going on, Zoe will be hovering around the party and snapping pictures of the various goings-on, including an empty Grand Sangria pitcher.

Next on Y&R, Devon Hamilton (Bryton James) will end up having more than one Grand Sangria, as will Nate Hastings (Sean Dominic), while Elena Dawson (Brytni Sarpy) abstains since she has to work in the morning. Zoe will try her hardest to get Phyllis to indulge in one of the drinks, but instead she’ll head to the bar and order a Shirley Temple, since she wants to stay sharp for the evening.

As the evening progresses, Sharon will continue drinking Grand Sangrias, as will Nate, Devon, Tessa Porter (Cait Fairbanks) and Mariah Copeland (Camryn Grimes). Theo (who is drinking) and Kyle (who is not) will bicker after Theo insinuates that he wants to manage Summer’s career and keep Kyle from taking advantage of her at Jabot. 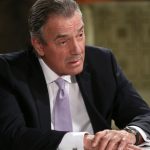 Next on Y&R, various partygoers will start to get very affected by the drugs. Sharon will find herself all hot and sweaty, and she’ll stumble around a bit. Rey will bring her yet another Grand Sangria and she’ll talk with Rey about his interactions with other women at the party. Zoe will mill around the party and take pictures of people starting to get wild from the drugs – she’ll spot Mariah and Tessa acting goofy and Theo playing air guitar with a pool stick.

Later, Theo will find Summer and apologize to her for giving Kyle a hard time earlier, and they’ll kiss and plan to go have make up sex. Meanwhile, Mariah, Sharon, and Tessa will be very impaired and slurring. Devon will find himself hot and sweaty, and he’ll go out to the patio to get some air, picking up his third Grand Sangria as he does.

Zoe will find Summer and Theo, and she’ll try to ply them with more Grand Sangrias. She’ll tell them that they did a great job with the party and that she’s really impressed, and that by tomorrow morning pictures from the party will be everywhere. Soon thereafter, Theo will realize that they’re high on Molly, and he’ll tell her they just have to ride it out, although Summer will be scared because they don’t know how much they were dosed with.

Meanwhile, Nate will get all hot and sweaty, and he’ll comment on the flickered colors in the lights and how awesome they are, which will alarm Chelsea and Abby. They’ll start to realize that something’s awry. Rey will have problems playing pool, then he’ll find Sharon who will be crying and carrying on about sorry she is for hurting him. He’ll comfort her, and then finally she’ll pass out and he’ll realize that something is very wrong.

Across the room, Devon will be having a full-fledged panic attack, and while he is slumped on the couch, Elena will tend to him. By this point, Chelsea and Abby will realize that someone must have spiked the drinks, and Elena will say that psychedelic drugs can cause panic attacks, which is what’s wrong with Devon.

Kyle and Lola will realize that something’s amiss as they see everyone acting strangely, and Kyle will encounter Summer, who will tell him the there’s Molly in the sangria. She’ll wind up planting a big sloppy kiss on him, and he’ll immediately pull away. But Zoe will get the whole thing on her phone camera, and Lola will spy the indecent as well. Kyle will take Summer to Phyllis, and he’ll go to track down Theo, whom he suspects is responsible for the drugs.

Theo will then notice Sharon passed out and will remark that she “should be coming down soon,” which will perk up Rey’s ears. Rey will get out of Theo and Kyle that someone spiked the drinks with drugs, and Rey will call a medical emergency in – a possible mass drugging.

Young and the Restless Spoilers Tuesday September 10: Drama at The Grand Phoenix, Summer Kisses Kyle, and Paul Shuts Down The Party @celebratesoaps https://t.co/l120Yz6VMW

Later, the EMTs will arrive and tend to Sharon and Devon, and Paul Williams (Doug Davidson) will catch up with Rey. Rey will express his concern for anyone like Sharon who takes medication that shouldn’t be mixed with drugs like Molly. Paul will hope that the security cameras caught the perpetrator in action.

Lola and Kyle will then regroup, with Lola thinking that Summer isn’t completely over him. And across the room, Chelsea and Abby will try to determine whether Phyllis is responsible for the spiked drinks, but Phyllis will say angrily that she’d never deliberately hurt her own daughter, which will shut Chelsea and Abby down pretty quickly.

Paul will question everyone, and while he’s talking with Theo, Zoe’s name will come up. Theo will remark that Zoe gave him his last Grand Sangria, and it will come out that she has left the party already, but there are pictures all over her blog of the goings-on from the party. Paul will be very interested in Zoe’s involvement in all of this.

Finally, on Tuesday’s new episode of Y&R, Paul will tell Chelsea and Abby that they have to completely shut the place down, which will be an absolutely crushing blow to them.

Days of Our Lives Spoilers: Dr. Rolf Finishes Serum for Jack -But Memories Delayed as Someone Destroys Lab