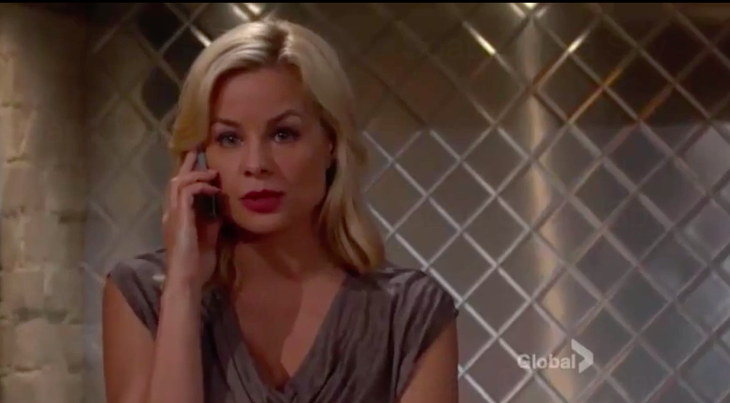 The Young and the Restless (Y&R) spoilers tease that another familiar face could be headed to Genoa City. This person would make the fans all very excited as they were all very upset that she chose to walk away from the show several years ago.

Jessica Collins, the actress who played Avery Clark, announced on Instagram that she is excited to be reunited with her former co-stars and tape a show she once did. The whole post seems to very vague, but the jest of it is, she returned to a past role and she will be back.

The actress said that she cannot share the details with her followers just yet, but when she can, she will be happy to let everyone know what’s ahead for her. Here’s what you need to know about what’s ahead for Jessica Collins and her possible Y&R return.

Y&R Spoilers– Is Avery Coming Back To GC?

Collins exited Y&R several years ago after she was raped and held two men at gunpoint. In 2015, Avery said her goodbyes to her friends and loved ones, revealing she needed to get away and find herself. She suggested that her ex-husband, Joe Clark (Scott Elrod) do the same, which we know he didn’t, as he ended up in jail after extorting Cane Ashby (Daniel Goddard).

Ever since her departure, the Y&R fans have asked the show to bring her back. There is still so much story left to tell for the character. Think about it, she is Phyllis Abbott’s (Michelle Stafford) sister and she was connected to Nick Newman (Joshua Morrow).

Did Jessica Hint Her Young And Restless Return?

Collins posted to Instagram, “All smiles today at work, reprising one of my favorite roles! Love reuniting with this cast and crew and can’t wait to share the details with all of you. Stay tuned!”

All smiles today at work, reprising one of my favorite roles! Love reuniting with this cast and crew and can’t wait to share the details with all of you. Stay tuned! 😘🎬❤️

A big hint to her Y&R return is many of the comments on the Instagram post was from her former CBS co-stars. The fans are very excited about the possibility of Avery’s return and they hope that there will be some Avery and Phyllis scenes coming up.

Do you think Jessica Collins is coming back to Y&R?  Soap Opera Spy is a leading source for everything linked to The Young and the Restless. Check back regularly for Y&R spoilers and news! As always, more detailed Spoilers and Breaking news will appear here on Soap Opera Spy.

The Young And The Restless Spoilers: Victoria Plots To Take Dark Horse Down – Will She Be Able To Beat Adam At His Own Game?