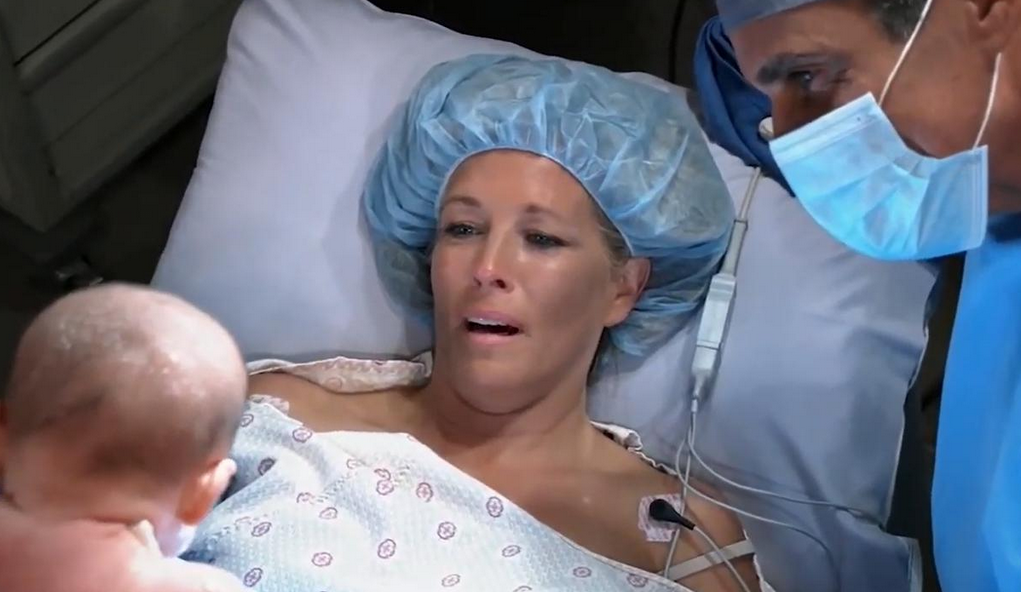 Welcome to your Thursday October 3rd General Hospital (GH) recap! We begin our day at the Floating Rib where Hayden Barnes (Rebecca Budig) is on the phone saying good night to her daughter. She says “goodnight honeybun” and turns around to see Hamilton Finn (Michael Easton) standing behind her.

Also at the Floating Rib, Ava Jerome (Maura West) is having a martini while holding letter from Ryan (Jon Lindstrom). Michael Corinthos (Chad Duell) walks up to the bar and tells Ava that he and Avery have a new baby sister.

At General Hospital (GH), Carly Corinthos (Laura Wright) is worried about her baby Donna who is having surgery. Carly tells her husband Sonny Corinthos (Maurice Bernard) to please go and see how the baby is doing. Jason Morgan (Steve Burton) enters the room to comfort her.

Kevin Collins (Jon Lindstrom) tells his wife Laura Spencer (Genie Francis) that he thinks he found a clue. Kevin thinks he sees a clue to the will codicil in the painting of Helena Cassadine. Kevin points out the jewels in her jacket, the pattern is like a constellation which stands for rightful heir.

Laura finds a book about constellations and finds that his thoughts on the painting may be true.

In the ladies room at the Floating Rib, Sasha Gilmore (Sofia Mattsson) tells Liesl Obrecht (Kathleen Gati) that she’s not sure how long she can keep her secret. As she mentions shes not Nina’s daughter, we see that Lulu Spencer (Emme Rylan) is listening from one of the stalls.

Liesl tells Sasha to calm down and to be the daughter she needs to be to Nina, the wedding is tomorrow. Dustin Phillips (Mark Lawson) shows up at the Floating Rib and Lulu asks him to leave with her and get a drink elsewhere.

Still at the Floating Rib, Nina Reeves (Cynthia Watros) and Valentin Cassadine (James Patrick Stuart) chat about his amazing singing voice. They start kissing as Jasper Jax (Ingo Rademacher) walks into the bar and watched them.

Jax says he hopes the wedding is a new beginning for her and Valentin and his business relationship with them. Liesl shows up and offers to have a drink with Jax, who she continues to flirt with.

At the Floating Rib, Michael Corinthos (Chad Duell) tells Ava Jerome (Maura West) about the new baby. He says if she plans on seeing Avery tomorrow, try and be sober.

Hayden Barnes (Rebecca Budig) jokes that he was hanging over her shoulder, as Hamilton Finn (Michael Easton) asks about her “honeybun.” Hayden lies and says that Honeybun is her new dog which she misses. Hayden wonders why Finn is there and he explains about the bachelor party. Hayden goes into the bathroom and finds that Ava is crying over the sink.

Carly Corinthos (Laura Wright) thanks Jason Morgan (Steve Burton) for being by her side. Carly worries about how tiny the baby was and that now she’s having a dangerous surgery. Jason explains that Sam has been arrested for Shiloh’s murder.

Sonny says the surgery is over and the surgeon is going to talk to them. They are told that the baby is totally fine and made it through surgery.

Lulu walks with Dustin and tells him she heard a very big secret. She tells him the secret and wonders what she should do with the information.

Hayden and Ava discuss Nikolas as she gives her some kleenex for her tears. Nina, Liesl, and Sasha drink some wine and she gives the ladies some gifts. She gives Sasha a heart necklace that matches her own.

Valentin secretly shows up at Wyndemere and tells Nina he has a gift for her. It’s a large diamond necklace.

Jax tells Hayden that he doesn’t like lying for her about the baby. Sonny and Jason go to check on the baby in the nursery………flash to preview

Some exciting, emotional scenes are coming up so tune in to General Hospital weekdays on ABC and see what Liz decides!

Days of Our Lives News: Kate Mansi Takes On A New Role – All About Her Salem Comeback