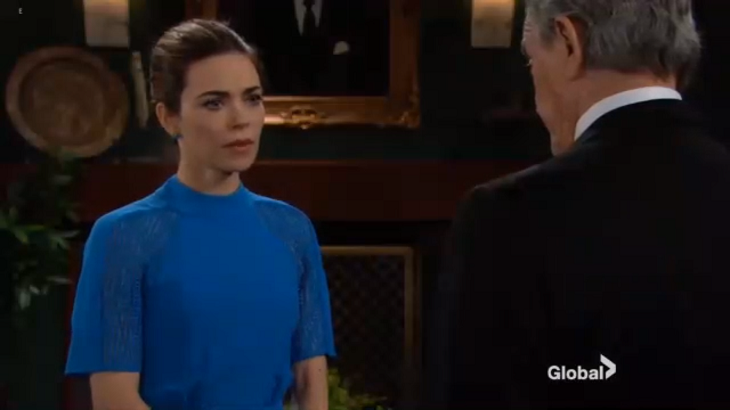 The Young and the Restless (Y&R)spoilers for Friday, June 21, tease that Rey Rosales (Jordi Vilasuso) and Sharon Newman (Sharon Case) will discuss Adam Newman (Mark Grossman) at home. Sharon will tell Rey that Adam has agreed to stay away from her, but he didn’t like it. It will please Rey that Sharon took a strong stance with Adam.

Then, Nick Newman (Joshua Morrow) will arrive to talk to Rey. He’ll say that he needs dirt on Adam for the custody trial and that he wants to know what Adam was up to in Las Vegas. Rey will tell Nick that Adam had an associate in Las Vegas – Riza Thompson (Tina Casciani).

Next on Y&R, Billy Abbott (Jason Thompson) will be peeved that Adam showed up at Delia Abbott’s (Sophie Pollono) gravesite. Adam will claim that he came to tell Delia that he’s sorry that she’s not with her family…just as he is not with his own children right now. The men will argue, and Billy will tell Adam to get the hell out of there.

Meanwhile, at Society, Devon Hamilton (Bryton James) will be missing Neil Winters (Kristoff St. John), and Jack Abbott (Peter Bergman) will go on stage to announce the new charitable work that the Abbott-Winters Foundation will be doing. Cane Ashby (Daniel Goddard) will be there with Traci Abbott (Beth Maitland) when Lily Winters (Christel Khalil) walks in.

Eventually, after some uncomfortable moments, Cane and Lily will talk about the dedication. Elsewhere, Devon and Ana Hamilton (Loren Lott) will argue with each other about Devon’s decision to hire someone to babysit her while she manages Tessa Porter’s (Cait Fairbanks) music career. 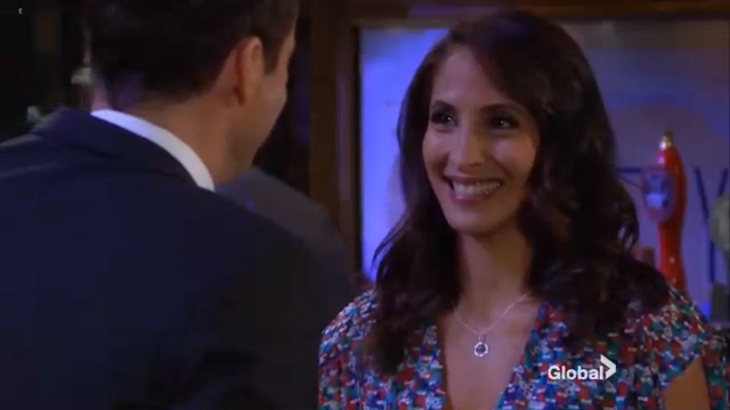 Next on Y&R, Victor Newman (Eric Braeden) will talk with Victoria Newman (Amelia Heinle) at Newman Enterprises and ask her to become CEO while he takes a leave of absence to focus on his medical treatments. Later, Billy will arrive to see Victoria and he’ll inform her about Adam showing up at Delia’s gravesite. Victoria will say that she thinks she has a way to neutralize Adam’s threat.

At Crimson Lights, Adam will bump into Sharon. He’ll let her know that he’s moving into Neil’s penthouse and that he went to Delia’s grave and found Billy there. Sharon will be sorry to hear that and offer to talk, but Adam will leave.

Y&R Spoilers– Phyllis Is Back!

Next on Y&R, Victoria will visit Nick at home. She’ll tell him that Victor made her CEO, and she’ll ask him to be COO. She’ll try to convince him to accept the offer since it would give him power over Adam. She’ll say that together they can push Adam to the brink to show the judge that Adam doesn’t deserve custody of Christian Neman (Jamie and Alister Tobias). 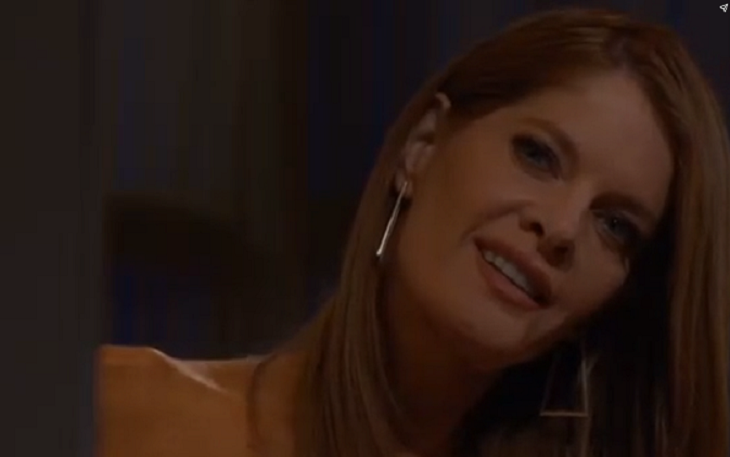 At Neil’s (now Adam’s) penthouse, he’ll enter when Phyllis Summers (Michelle Stafford) suddenly comes walking down the staircase. She’ll tell him long time, no see, and complain about the hellhole she was stashed in. She’ll say that she knows more about him now because she went to Las Vegas.

Adam will say that Phyllis is bluffing, but she’ll say that he had connections in Las Vegas, especially to a certain member of the Chancellor family.

Next on Y&R, Sharon will be back home, but she won’t tell Rey that she ran into Adam or offered once again to be his confidante.

Finally, on Friday’s new episode of Y&R, at his penthouse, Devon will see a vision of Hilary Hamilton (Mishael Morgan) walk in, but it will be Elena Dawson (Brytni Sarpy). Suddenly, he’ll have a panic attack, and Elena will rush to get his medication while Devon tries to breathe.

Days of Our Lives Spoilers, Friday, June 21: Xander Is Given A Mission–Nicole’s True Identity Reveal Looms