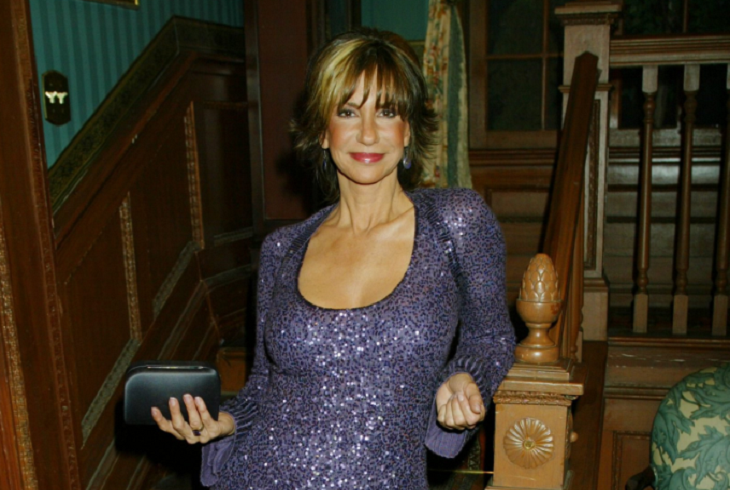 The Young and the Restless (Y&R) spoilers tease that Jill Atkinson (Jess Walton) is on her way back to Genoa City. The actress, Jess posted a series of pictures on social media teasing her return.

As you can imagine, the Y&R fans were thrilled with the news as we don’t see nearly enough of Jill on the show. Here’s what we know about her anticipated return.

Y&R Spoilers– Jill Will Be Thrilled With Villy’s Reunion

One little tidbit, Jill will be over the moon excited about Billy Abbott (Jason Thompson) and Victoria Newman’s (Amelia Heinle) commitment ceremony. She will be so happy they are in a committed relationship again.

She may not completely understand Victoria’s reasoning for not tying the knot again. Jill will probably push her two cents to Billy and suggest that he pressure Victoria to marry him again.

Y&R spoilers tease that Billy is unlikely to do that. He doesn’t want to rock the boat with Victoria because things are going so well. He’ll likely be very dismissive of his mother’s suggestion.

Young And Restless Spoilers –Jill Will Catch Up With Cane

Another stop for Jill will likely be with Cane Ashby (Daniel Goddard). Y&R spoilers tease that Jill has been worried about him since his marriage to Lily Winters (Christel Khalil) fell apart. She was hoping they could work past their issues, but it doesn’t look like that is a possibility.

Jill might even be a little stunned that Cane decided to walk away from the job at Chancellor Industries. She will understand his reasoning, but it won’t make it easier for her not to worry about his financial situation.

Cane will reassure Jill that he is doing great, adding that he likes his new job because he feels like he’s making a difference. As for Lily, Cane will let Jill know he’s accepted the divorce and he’s moving on.

Y&R Spoilers– Is Jill Part Of A Jabot Storyline?

One of the pictures Jess shared was one of her and Jason Thompson (Billy) at Jabot. With the recent issues with Jabot, it’s easy to jump to the conclusion that she could be returning for some type of merger or investment into Jabot.

My son Billy and I coming into work! pic.twitter.com/bsetBHB7qI

If Jabot is in as much trouble as Jack claims, he wouldn’t hesitate to call Jill for help. She was an Abbott and she is invested in the company. She would love to pitch in and save the company from going under.

As for her return date—we’ll have to wait for CBS confirmation. Based on the fact, she recently posted pictures on the set, she should appear on Y&R the first week of July.

Are you excited that Jill Atkinson is returning to Y&R? Soap Opera Spy is a leading source for everything linked to The Young and the Restless. Check back regularly for Y&R spoilers and news! As always, more detailed Spoilers and Breaking news will appear here on Soap Opera Spy.

Coronation Street Spoilers: Is Shona Going To Betray David To Reconnect With Her Son, Clayton?