Coronation Street Spoilers: Is Shona Going To Betray David To Reconnect With Her Son, Clayton? 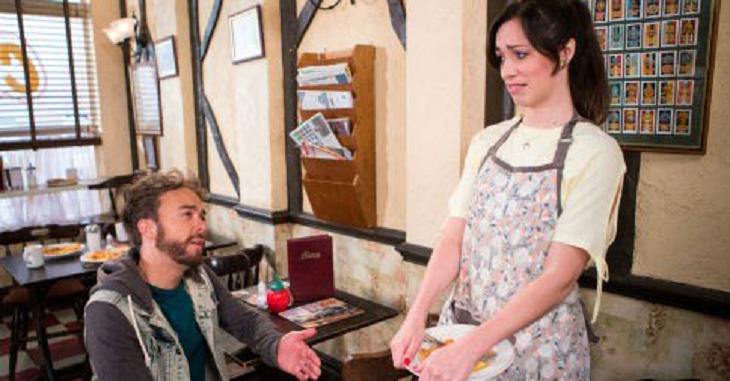 The last time she saw him, the troubled lad held her at knifepoint. There’s a good chance that Shona might be willing to give her wayward son a second chance as the drama with David keeps on getting worse for her. Here’s what you need to know.

Just this past week, Shona was seen looking for Natalie Watkins (Cassie Bradley) just so she can help David and his brother Nick Tilsley (Ben Price). However, Nick’s partner Leanne Battersby (Jane Danson) paid off Natalie to leave the country just so the two could dig a deeper hole for David.

Little does he know that Nick is planning to pin all of the blame after they were caught with Audrey Roberts’ (Sue Nicholls) stolen money. Nick wants to see David go down for fraud in his scheme.

Coronation Street Spoilers– Shona Tries To Reconnect With Her Son

With so much drama going on in her life right now, the last thing that Shona needs to deal with is her troublesome son. Yet, that’s exactly what’s going to happen. Earlier this year Clayton managed to escape prison after he was sentenced for killing David’s late wife Kylie Platt (Paula Lane). Clearly, David is no fan of the young lad and doesn’t want him anywhere near his home, his family, and those that he loves. However, with prison time looking very likely for David, there’s a chance that Shona might go behind his back to reconnect with her son.

Elsewhere, Roy Cropper (David Neilson) will make a discovery about his mother’s ring. He will find out that everything he ever knew about his family wasn’t the truth. Roy will meet a woman by the name of Alice Parrott (Angela Curren), who leaves the cafe owner shocked with some major news. There’s a strong possibility that Roy has some family members out there that he wasn’t previously aware of. Needless to say, fans will have to tune in to find out what will happen next!

Days Of Our Lives Spoilers: Stefan Has A Surprising Offer For Abe– Will He Take It?