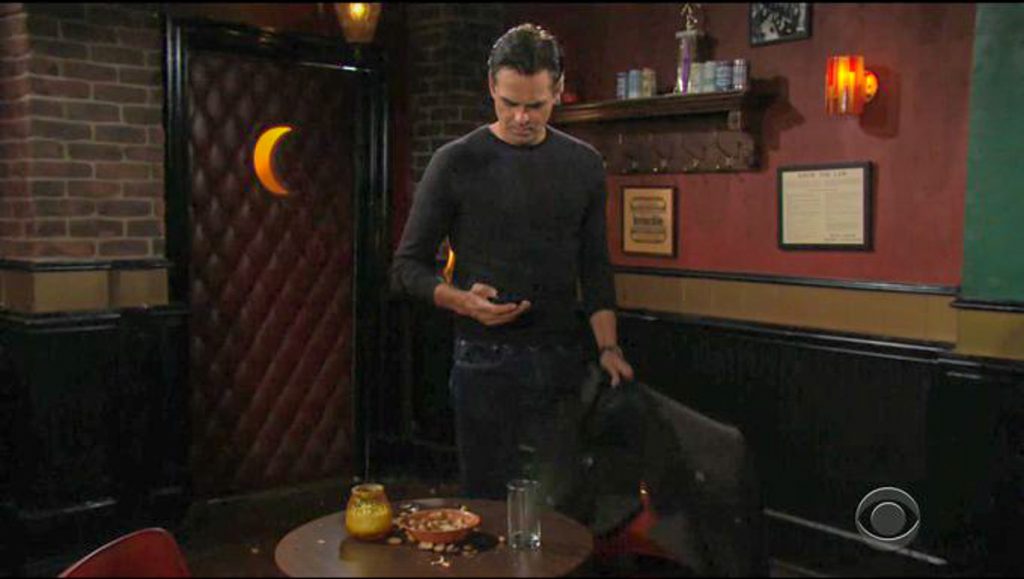 The first sign Billy is flirting with danger is when he goes bar hopping and wants to be alone. He meets Amanda Sinclair (Mishael Morgan) there and plays the hero as he sends a drunk on his way, and Amanda offers to buy him a drink. Although they talk later and get to know each other and strike up a friendship, as they are stuck in the bar overnight due to the stormy weather outside, for the time being he sits alone at a table, and ignores a call from Victoria Newman (Amelia Heinle)! That is flirting with danger to his relationship with Victoria; this is much different than when Chloe Mitchell (Elizabeth Hendrickson) and Kevin Fisher (Greg Rikaart) were helping him defeat “Bad Billy!” 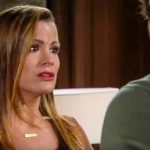 Billy’s big problems in the past were gambling addictions and drinking, and so he should not have even been drinking a beer at the Newman family’s Thanksgiving dinner! This would not be the first time Billy brought marriage problems on himself. He abandoned Victoria and fled Genoa City, later found to be in Myanmar, where Victor Newman (Eric Braeden) had him jailed on trumped up charges of drug trafficking and rape, to teach him a lesson! Victoria pursued a divorce, but then Delia Abbott (Sophie Pollono) developed leukemia, and Victor had Billy released from the jail in Myanmar and brought him back to Genoa City, hoping he would be a donor match for bone marrow for Delia.

Then Victoria divorced him anyway but then later went looking for him with Jill Abbott, (Jess Walton), his mother, and they found him in New York City. They reunited and eventually remarried. Billy and Victoria have been married three times in total.

Now that Billy has quit Jabot, he has way too much time on his hands and too much opportunity to get into trouble and his desire to drink alone and ignoring Victoria’s calls are just the first step to a slippery slope! The danger that Billy is flirting with is the danger of returning to old habits, destructive habits that could potentially destroy Billy’s marriage, Billy’s relationship with his children and family, and ultimately, even Billy himself. This is not a struggle with a dissociative identity disorder alter; this is Billy’s own past self-destructiveness coming to the forefront and his allowing it to control him.

When Billy is in this self-destructive mode, he has committed crimes, gambled away his money, drunk himself to desperation, and had affairs and flings with other women, at times women he didn’t even know or barely knew! It’s easy to see as Billy flirts with his old self-destructive behaviors, he is flirting with danger!