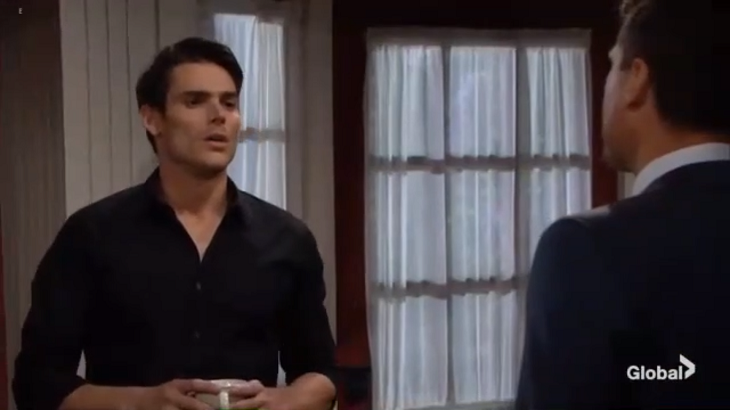 The Young and the Restless (Y&R) spoilers tease that news about Chelsea Lawson Newman’s (Melissa Claire Egan) marriage has hit Adam Newman (Mark Grossman) hard. Who wouldn’t be thunderstruck after learning that his wife married another man?

It now appears as though Chelsea, with whatever her current last name is, didn’t know anything about Adam when she was last seen leaving Genoa City with Connor Newman (Gunner and Ryder Gadbois) in early 2018. So, she then apparently met and married another man within the last twelve-plus months. That’s interesting, considering Adam was the presumed love of her life.

Adam surely won’t understand Chelsea’s explanation, whenever she returns to Genoa City to offer it. This assumes that she and Adam aren’t working together, as a male voice recently updated him with news about Chloe.

The Young And The Restless Poll: Will Lola and Kyle Tie the Knot?

The recast Adam is dissimilar to past versions of this character, in that he’s been aged backward. However, this historically corrected version does seem to share many other traits with his alter ego’s ancestors. Reprisal multitasking being chief among them.

Within days of attempting to shake down his Victor Newman- (Eric Braeden) based siblings, Vicky Newman (Amelia Heinle) and Nick Newman (Joshua Morrow), for a half-billion dollars, contact with Chelsea, and the claim of Christian Newman (Jude and Ozzy McGuigan), one of Adam’s other goals was revealed. He’s been searching for information about the woman who tried to kill him.

Young And Restless Spoilers– Adam Is After Chloe’s Blood

Adam either assumed Chloe faked her own death or has now confirmed that. In either instance, he’ll want her found and brought back to Genoa City. Knowing Victor’s son, he may opt to strike a bargain with her.

This reclaimed life of Adam’s will remain fully out of balance until he gets Chelsea, Connor, and Christian back. He can then pursue other claimed justice issues with his family intact.

The Young And The Restless Poll: Forgiveness On Adam's Agenda – Calls It Even With Chloe When She Returns? Vote Now! https://t.co/a2QVZNeNjR @CBSDaytime @YandR_CBS @YRInsider #YR #Poll

Adam believes that the Newman fog is responsible for his state in life. Similar to the Moustache, he thinks that everyone else shares the greatest percentage of blame for whatever wrong’s took place.

He’s the doomed soul who acted in the past and is acting now to simply live his life out. All human fallout is not truly Adam’s fault, but instead represents the counter reactions to his pursuit of happiness. Such is the outlook of his deluded but now cleared memory.