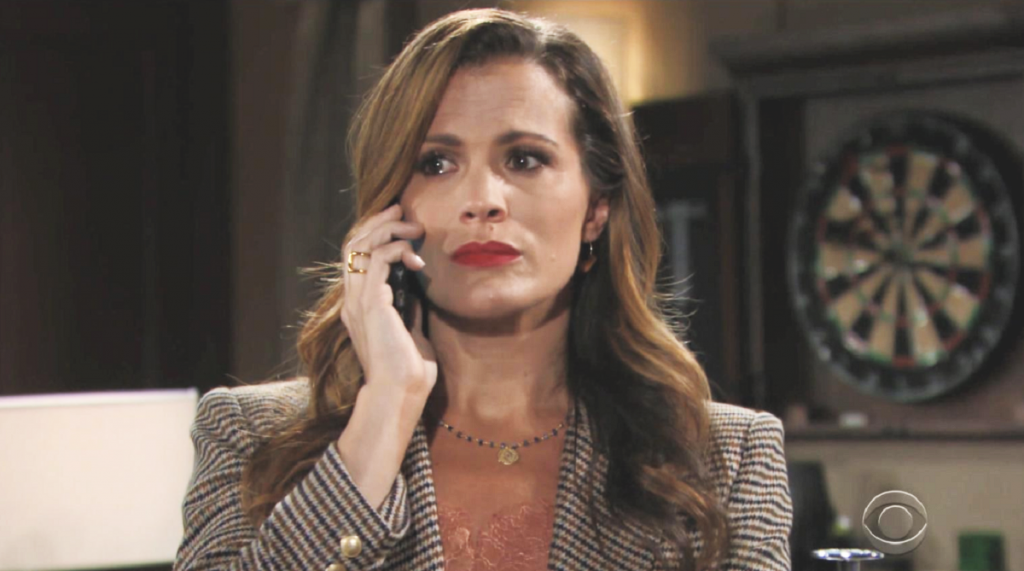 Melissa Claire Egan, also known as Chelsea Newman on The Young and the Restless weighs in on her alter ego’s love triangle with Nick Newman (Joshua Morrow) and Adam Newman (Mark Grossman).

Ever since she returned, Nick and Adam have been trying to win her over. Of course, any woman would be lucky to have these two good-looking guys vying for her affection. Egan thinks so, too.

“First off, I have to say, ‘Lucky me!’” she said. Working with Joshua Morrow and Mark Grossman, who are both great actors, is like hitting the jackpot, according to Egan. They both play great characters and the actress believes that her character has feelings for both of them. But, even though she may be in love with both of them, the intensity of her feelings for each is different.

It didn’t do her any good. Adam turned Chelsea’s life upside down and not in a good way.

Her life has been destroyed by being with this man over the years, even though there is love and passion there. But it’s a constant roller coaster.

“Are the lows worth those incredible highs? That’s the question!” Egan explained. “Chelsea had moved on with her life. She was hoping to raise her son being happy, being grateful for Calvin and living a calm, peaceful life. But now all this stuff happened. Adam is alive, and Calvin died… her life got turned upside-down again!” she added.

Chelsea still needs to figure out who she wants to be with and Egan is also eager to find out what she’ll do next.

The Young and the Restless spoilers revealed that there’s going to be a lot of drama during the week of September 30. First off, there’ll be trouble in paradise for Nick and Chelsea. Also, viewers will once again see Cane Ashby (Daniel Goddard) but he’s set to go head to head with Devon Hamilton (Bryton James).

Meanwhile, Phyllis Summers (Michelle Stafford) is going to do some digging about Cane’s recent activities. She will discover things that she’s not meant to find out, which could benefit or destroy her.