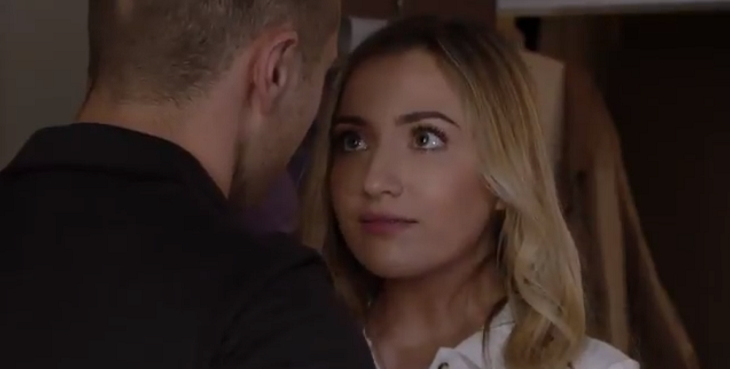 EastEnders viewers will see a familiar face appear on Albert Square later this summer. Amy Robbins, who is known for her role of Dr. Jill Weatherill on The Royal between 2003 and 2011, joins the cast of the sudser as a guest star.

This won’t be Robbin’s first stint in a soap as she’s appeared in several others like Casualty and Doctors. She’s also famous for her role as Lynette Drinkwell on Hollyoaks, which was part of in 2017. EastEnders showrunners are currently keeping their details about her character under wraps. But with her excellent acting skills, she’s bound to make a great impression.

Acting and performing run in the blood of Robbin’s family. Her other siblings, Ted Robbins and Kate Robbins, are in the industry as well. She’s also the aunt of Emily Atack, who her sister’s, Kate, daughter. Apart from appearing on soaps, Robbins recently appeared on “I’m A Celebrity… Get Me Out Of Here.” She didn’t win but came in second place.

Aside from Robbins, other actors are set to join the cast of EastEnders this year. Viewers of the soap are set to meet Stuart Highway (Ricky Champ) and Callum Halfway Highway’s (Tony Clay) dad, who will be portrayed by Richard Graham. He is best known for his roles in Gangs of New York and the iconic film, Titanic. He might stir up trouble when he gets in town as the show’s summer trailer showed him grabbing Halfway by his shirt collar.

Tonight’s ep ( and all this weeks eos ) directed superbly by my fab mate Sarah . https://t.co/u5tJspJKL9

Details Of Robbins’ Stint On EastEnders Has Not Been Released!

Adrian Edmonson will also join the cast as Daniel Cook. Executive producer Jon Sen is excited to have him on board.

He said, “Adrian’s a phenomenal talent who will bring his unique blend of intelligence, warmth and humour to the role of Daniel. We’re all over the moon he’s coming to Walford, and can’t wait for this love story to hit screens later this year.”

He will be Jean Slater’s (Gillian Wright) new love interest. Viewers may recall that Jean has been recently diagnosed with ovarian cancer and is currently receiving treatment. Daniel will offer Jean support as she goes through this tough time in her life.