Tamara Braun and William deVry look great together on screen when they are playing their alter egos, Kim Nero and Julian in General Hospital. She described her love interest in the soap as “very thoughtful, he’s very caring, and we have a great time.”

“We laugh together. And I think we have a real mutual respect for one another — which is really, really great to work with, you know? And we’re both open to whatever we’re willing to try,” she told Soaps In Depth. But apart from their on-screen chemistry that’s been well accepted by the soap’s viewers, the pair share something special when they’re not playing their characters.

GH Spoilers– Braun And deVry Have A Special Bond

Braun and deVry hold a special place in their hearts for animals. Braun ended up adopting rescue dogs named Pearl and Little instead of simply settling as a foster fur parent. Meanwhile, deVry is also keeping himself busy fighting for animal rights. It seems that the pair’s love for animals has made it easier for them to work together. Braun said, “People who have big hearts for animals occupy a large space in my heart.” 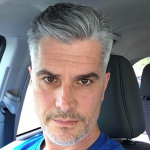 Before portraying the role of Kim Nero on General Hospital, Braun first played Carly Corinthos between 2001 and 2005. During her stint, she received an accolade as Outstanding Supporting Actress in a Daytime Drama at the M.Y.S.O Award for her performance in General Hospital in 2000 and Best Leading Actress in a Daytime Drama in Soap Opera Digest Awards in 2005.

After 12 years since her last appearance on the soap, Braun returned but not as Carly but as Kim Nero in 2017. She is also known for her portrayal of Ava Vitali On Days of Our Lives where she earned a Daytime Emmy Award for Outstanding Supporting Actress in 2009. Her role in Little Chenier as Marie-Louise LeBauve also helped her win Best Actress at the Honolulu International Film Festival award and Best Ensemble Cast at the Phoenix Film Festival.

Meanwhile, deVry joined the ABC soap General Hospital in 2013. He was first introduced as Derek Wells but was then revealed as a mob boss, whose real name is Julian Jerome. His other TV credits include The Bold and The Beautiful, Nikita, Beauty and the Beast, and Hemlock Grove.

The Bold And The Beautiful Spoilers: What Happens After The Baby Reveal? Vote In Our Poll!