The Bold And The Beautiful’s Courtney Hope Lands New Daytime Gig, What Does This Mean For Sally Spectra? 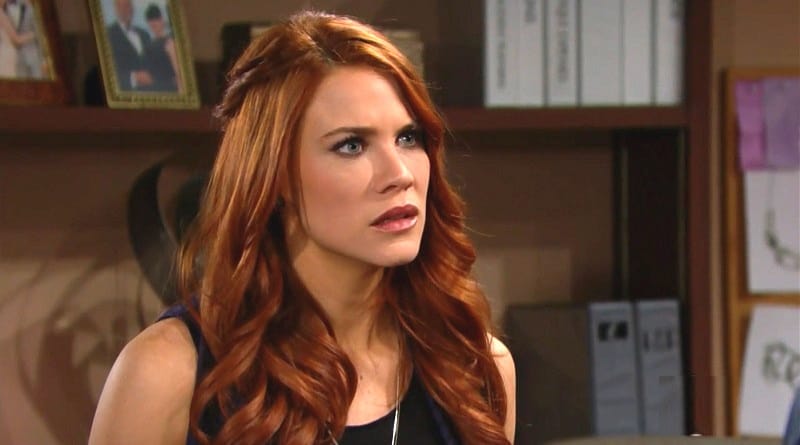 The Bold and the Beautiful star Courtney Hope landed a new gig on another CBS daytime program. But viewers need not fret. She’s not leaving the soap as Sally Spectra.

Bold & The Beautiful News  – Hope Debuts On The Price is Right

Hope made her first appearance on Thursday, October 3 on “The Price is Right” and she’d be seen on the show on October 8 and October 10, too.

Back in August, the actress announced on her Instagram account that she’ll be appearing on the show. She posted a photo from the set and captioned, “What a FUN first day! You may catch a familiar face on @therealpriceisright starting October 3rd !! Thanks for this great experience @cbsdaytime!!”

After completing her episodes on the show, she wrote a post that said, “The past few days were a blast.”

“Thanks @therealpriceisright for having me and welcoming me to your family! And thanks to this guy right here @jimmyjamesoh and the rest of the cast and crew for showing me the ropes and letting me play along with y’all!” she continued.

During her stint on “The Price Is Right,” she realized that the work isn’t in any way easy. She saw first hand what was needed to be done to bring the show to the airwaves, and it was a lot of hard work.

“I have so much respect for this show; their teamwork, work ethic and the happiness they bring to all the contestants is astonishing! Hope to see you guys again soon — Be sure to tune in (always because it’s great, but.. ) October 3-8 to see me smile bigger than I ever have before.”

Bold and the Beautiful Spoilers: Flo Knows Katie Needs A Transplant – Her Path To Redemption Begins

Will Flo redeem herself by donating a kidney to Kate? #BB #boldandbeautifulhttps://t.co/HB3CJ4wsXd

Hope was born in Dallas but grew up in Plano, Texas. She always loved dancing even when she was young and has performed in several school talent shows. She graduated from a performing arts school when she was 15 years old and moved to Los Angeles at the age of 16 to pursue her acting career.

Aside from being a talented actress, she is also an accomplished fitness instructor who teaches classes at Cardio Barre. She also loves spending time with her dog, Stevie, photography, painting, and dancing. And of course, she will also continue to play Sally Spectra on The Bold and the Beautiful. Fans have no reason to fret!

Days of Our Lives Spoilers: Jordan Reaches Out To Kristen – Deadly Alliance Ahead

The Bold and the Beautiful Spoilers: Brooke Gives Shauna A Warning – Keep Away From My Man Ridge!