The Bold and the Beautiful Spoilers: Brooke Gives Shauna A Warning – Keep Away From My Man Ridge! 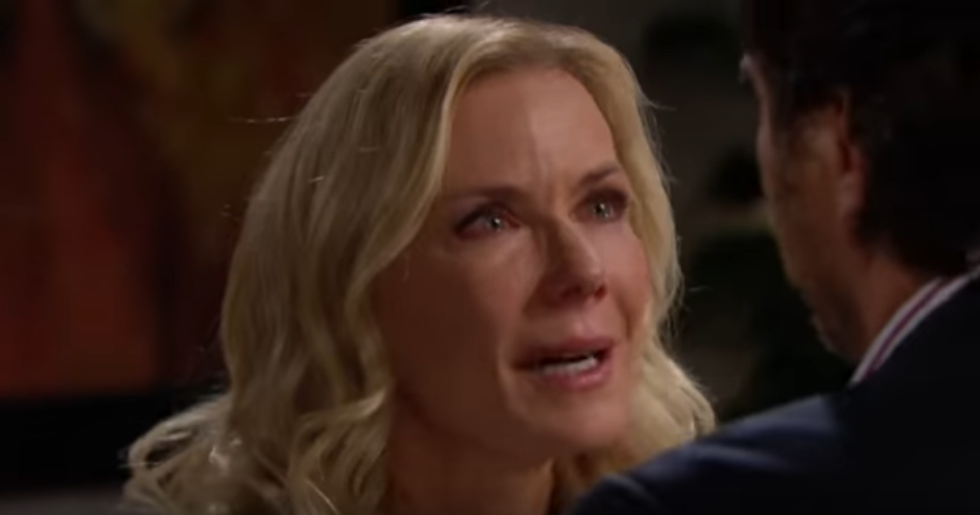 The Bold and the Beautiful (B&B) spoilers tease that Brooke Forrester (Katherine Kelly Lang) will decide that she’s had enough. As B&B viewers know, she exploded after she found out that Ridge Forrester (Thorsten Kaye) had spent the night with Shauna Fulton (Denise Richards). Brooke accepts that nothing happened between the two, but she’s still peeved with Ridge for lying to her about who he was with that night.

Ridge certainly got an earful from Brooke, but he won’t be the only one to be on the receiving end of her wrath. According to B&B spoilers, Brooke will also wind up confronting Shauna and Flo Fulton (Katrina Bowden). She’s no fan of either of the Fulton women, and it appears that she’ll give them both a piece of her mind,

Of course, Brooke is still upset about how Flo lied to Hope Logan (Annika Noelle) and kept Beth Spencer’s (River Davidson and Madeline Valdez) existence a secret. And Brooke’s upset with Shauna for encouraging her daughter to continue the lie, but she’s got an even bigger beef with Shauna, and it concerns Ridge. According to B&B spoilers, Brooke will lay into Shauna and tell her in no uncertain terms to stay away from her family, and from Ridge in particular. 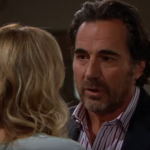 Since this is Shauna we’re talking about, she probably won’t just stand by and take Brooke’s verbal lashing. Shauna will likely give back as good as she gets, and B&B viewers can expect a heated argument over Ridge. In fact, Shauna will end up provoking Brooke about Ridge, which should be interesting. She might point out that Brooke has a lot of nerve throwing her husband out of the mansion, then demanding that Shauna stay away from him.

And Shauna might totally refuse to honor Brooke’s wishes when it comes to Ridge. She just might let Brooke know that Ridge is fair game, and that if Brooke doesn’t want to take care of her husband, then she would be more than happy to do it…after all, she already did so at Bikini Bar.

At any rate, B&B viewers should see a major altercation between Brooke and Shauna, as an outraged Brooke blasts Shauna for cozying up to Ridge that night at Bikini Bar, and and unrepentant Shauna defends herself and officially becomes a threat to Brooke’s marriage. Who do you think will end up with Ridge? Brooke or Shauna?

The Bold And The Beautiful’s Courtney Hope Lands New Daytime Gig, What Does This Mean For Sally Spectra?