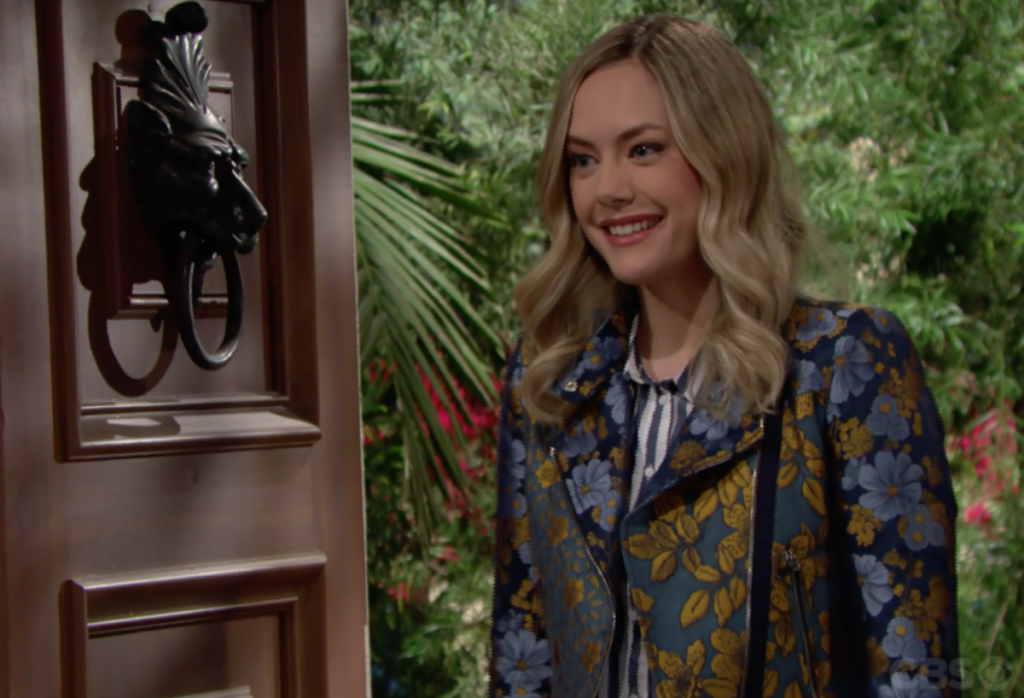 Hope Forrester (Annika Noelle) let Thomas Forrester (Matthew Atkinson) know what she thought of him on ‘The Bold and the Beautiful’. With gloves thrown off, she really let her soon to be annulled husband have it.

As B&B viewers are about to see, Brooke Logan Forrester’s (Katherine Kelly Lang) gut feel about Thomas is dead on, with dead being the key word. Her unwanted son-in-law’s self-talk comments, fixing on the marital vow line, “Till death do us part.”, was scary for fans to hear because they knew he’s veered fully off the rails.

Oh, Amelia (Nicola Posener), with no last known name. Why did you allow Thomas to be alone with Douglas Forrester (Henry Joseph Samiri) and fail to check in with ‘Bridge’ before going to get that latte?

Sure, this was the soapy way to push the plot, with Thomas’ desired confrontation with his five-year-old son happening. The tag of Douglas as a 45-pound brat was creepy and fully reprehensible, further assuring that Atkinson’s electrically played character is soon to meet some form of bad fate.

Viewers recall that Posener’s recurring character was used by Thomas in the past. He feigned romantic interest in order to have her make a recording of Kelly Spencer (Zoe Pennington and Allison Marcia Sweeney) crying out for her dad, Liam Spencer (Scott Clifton).

The received recording was enhanced, with Liam later seeing it and flying abroad to visit his daughter and Steffy Forrester (Jacqueline MacInnes Wood), who had the then-named Phoebe Forrester (Madeline Valdez and River Davidson) with her as well. That ruse enabled Thomas to have time with Hope, with the rest of the arc then playing out. Amelia never realized time with Thomas in return.

The scenes where Thomas is talking to Douglas as though he’s an adult were mesmerizing. Two actors at fully different points in there careers who are killing it on-screen, individually and when together.

Atkinson’s believability as a villain is off the charts. As for the five-year-old Samiri, he easily ranks with the best young actors working in daytime, or in Hollywoodland in general.

Thomas speaking in detail to Douglas about how he disobeyed him by telling Hope and Liam that Beth was alive and that Phoebe was Beth projected brilliant daytime drama. Then, Thomas’ delve into detail about the annulment applied another memorable sear.

Bold & The Beautiful Spoilers – Stopping Thomas Forrester In His Tracks

Brooke’s bash of Thomas follows Douglas’ outing of his dad as the baby steal and conceal secret-keeper. Viewers will feel how she takes matters into her own hands.

Someone had to stop Thomas’ next step. Lang’s iconic character defends her daughter like many devoted parents would under similar circumstances, with Thomas on the receiving end.