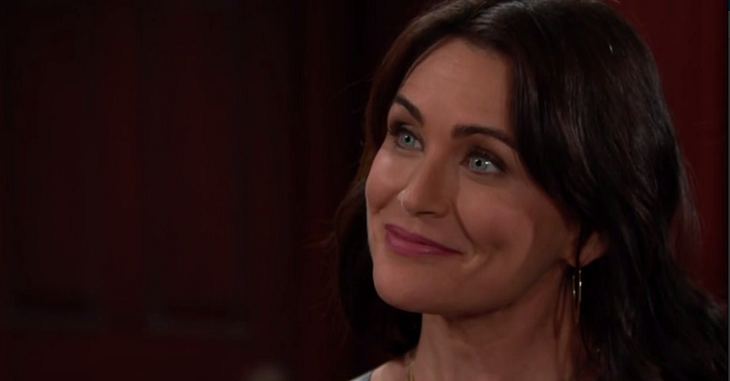 Rena Sofer, who played Quinn Forrester on “The Bold and the Beautiful,” is in love once again with her ex-husband, Sanford Boostaver. A lot of people were shocked when they ended their 14-year marriage and that is why the news that they are getting back together and set to remarry delighted not only their fans but friends and family as well.

Sofer clarified that even though their love story seemed similar to Ridge Forrester (Thorsten Kaye) and Brooke Logan’s (Katherine Kelly Lang), there definitely “no Bill” (Don Diamont) involved. “There was never another person, so it was never that issue. We just needed to figure it out,” she added.

Sofer and Bookstaver didn’t completely cut ties after they split. Unlike other former couples, the pair remained friends and co-parents to their 13-year-old daughter, Avalon. Fortunately, the two realized that they were meant for each other last fall. Bookstaver took the time to travel for three hours just to attend Sofer’s birthday party last December and then flew back to New York.

“That was a big deal for me because it kind of answered the question of, ‘Who’s going to have my back for the rest of my life?’ Here’s a guy who [was no longer obligated to] have my back anymore, and he still did!” Sofer recalled.

It didn’t take them too long after that and they got back together. “We have not taken it slowly, even though we’ve tried to. That’s what happens when you’ve already been together for 18 years. You’re like, ‘I know you! What are we waiting for?’ So we’re back together. He’s not my husband, but it feels too weird to call him my boyfriend, so I still call him my ex-husband, because I think it’s hilarious.”

Sofer Laughs About What To Call Her Ex-Hubby Turned Fiance

Something good came to the Bold and the Beautiful star following her split with Bookstaver. While she was still figuring out who and what she loves, she has reignited her passion for woodworking. She recalled, “When I got divorced and wasn’t working a lot over the past year and a half, I decided that I needed something for myself. I’ve always been the sort of handy person who can spend hours roaming through Home Depot, and I really liked the idea of working with wood. I just needed to find someone who could teach me.”

She attended classes for woodworking where she created beautiful artisanal cutting boards and wooden utensils. Aside from this, Sofer also fostered a pregnant dog late last year. Her daughter joked that Sofer may end up adopting all the puppies, she actually just kept one, and she named it Marceline.

Now that she’s doing what she loves and she’s back with the man he loves, Sofer is indeed having the best time of her life. The couple got engaged and Bookstaver got his bride to be again a Cartier love bracelet instead of an engagement ring.